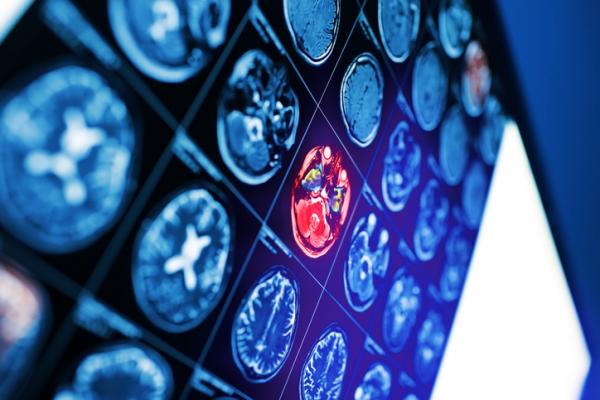 September 21, 2020 — Breast cancer patients whose disease has spread to their brains fare better if their metastases are picked up before they begin to cause symptoms, according to a study presented at the 12th European Breast Cancer Conference.

Breast cancer that spreads to the brain is becoming more common and it is one reason why the disease becomes untreatable. However, asymptomatic brain metastases can be identified with an magnetic resonance imaging (MRI) scan and the new research suggests that doing so could mean less aggressive treatment and a longer survival time.

Patients with other forms of cancer that tend to spread to the brain, such as lung cancer, are already given a brain scan when they are first diagnosed. The researchers say a clinical trial of brain scans for breast cancer patients who are at high risk for developing brain metastases is warranted.

The study was presented by Elena Laakmann, M.D., from the department of gynaecology at the University Medical Center Hamburg-Eppendorf in Germany. She said: "The prognosis for patients with breast cancer that has spread to the brain is poor, and survival for these women hasn't improved over the last few decades. We do not currently test for asymptomatic brain metastases in breast cancer patients, although this does happen in some other types of cancer.

"In this study we wanted to find out more about breast cancer that has spread to the brain and in particular to see whether there might be any advantage to spotting brain metastases before the development of neurological symptoms."

The researchers investigated a group of 2,589 German patients who were diagnosed with breast cancer that had already spread to their brains between 2000 and 2019. Of these, 2,009 patients had already experienced symptoms of brain metastases (such as headache, impaired vision, nausea or seizure), while the remaining 580 women had no symptoms of brain metastases and were only diagnosed by chance.

When researchers compared the two groups, they found that the women who were asymptomatic were generally fitter, and had fewer and smaller tumours in their brains. They also found that women who were diagnosed with brain metastases before symptoms had developed tended to have less aggressive treatments and to live longer (an average of 10.4 months compared to 6.9 months).

Laakmann said: "Overall, these results suggest that women may be better off if their brain metastases are diagnosed before they begin to cause symptoms. It could be that the asymptomatic women are being diagnosed at an earlier stage, which we would expect to increase survival time, the smaller size and number of brain metastases could also be factors.

"We now need to carry out a clinical trial to see what happens if we screen high-risk breast cancer patients for brain metastases. This will verify whether doing so could increase survival, symptom control or quality of life."

Professor David Cameron from the University of Edinburgh, UK, is a member of 12th European Breast Cancer Conference organizing committee and was not involved in the research. He said: "Despite major improvements in the treatments available for breast cancer patients, we have very few good treatments for when the cancer spreads to the brain. We need to know a lot more about how breast cancer spreads to the brain and what we can do to help this groups of patients.

"This study is important because it suggests there could be benefit in trying to diagnose brain metastases early, rather than waiting to see who develops symptoms. We already have the technology to do this, so what we now need to understand is whether in diagnosing spread to the brain earlier, we truly influence the outcomes, or just result in patients living longer with the knowledge of their brain metastases, an effect known as 'lead time bias'. Careful studies will be needed, and we will be better informed if we can also understand better which patients have a high risk of developing this devastating complication of breast cancer."