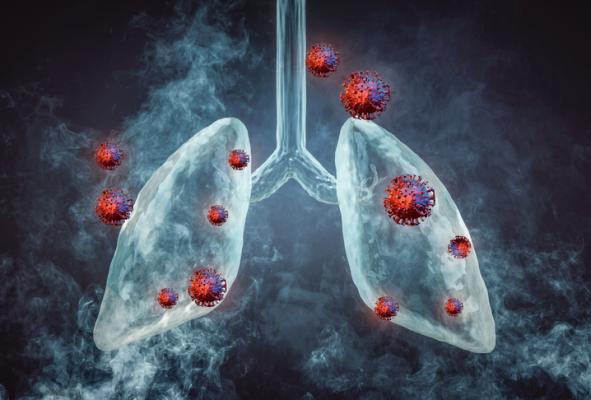 July 11, 2021 — The report ‘Lung Cancer Screening: The Cost of Inaction’ shows that lung cancer screening presents a critical opportunity to significantly improve survival.1 Nearly one quarter of deaths from lung cancer could be avoided in high-risk populations through the adoption of targeted screening with low-dose computed tomography (LDCT) scans, as based on the results of the NELSON study.2 The study in over 13,000 people found that in a European high-risk population deaths were reduced by screening with LDCT scans to 18.4% of total deaths compared to 24.4% in the control arm after ten years’ follow-up.

Lung cancer causes 1.8 million deaths per year and carries the greatest economic burden of all cancers, costing €18.8 billion per year* in Europe alone.3,4 Developed for the Lung Ambition Alliance, the new report found that large-scale implementation of targeted screening using LDCT scans can significantly reduce this cost burden and improve survival for patients – by increasing the number of lung cancers found at early stages where there is better prognosis and more treatment options are available.

Currently, only around one in five patients worldwide are diagnosed at Stage I, where they have between a 68-92% chance of surviving five years – compared with under just 10% when diagnosed at Stage IV. 5,6,7 Early-stage lung cancer can be managed with less complex, less costly clinical pathways than when it is diagnosed at later stages, allowing significant cost savings to be realised through early diagnosis.8,9,10 As lung cancer progresses, healthcare costs rise from increased frequency of hospital admissions, additional rounds of treatment, additional care requirements and greater likelihood of palliative care.11

Earlier diagnosis also reduces lost productivity from cancer overall, as more patients and carers can remain active and in some cases their cancer becomes a treatable condition rather than a fatal one.10 In Europe, productivity loss from premature mortality from lung cancer costs almost €10 billion every year.3

Professor Giorgio Scagliotti, Past President and Interim Chief Science Officer of IASLC, Professor of Medical Oncology at the University of Turin School of Medicine, Italy, said: “Everyone with lung cancer deserves care that offers the greatest chance of early detection and improved survival. The evidence from large-scale randomized clinical trials is indisputable: targeted, low-dose CT screening has the potential to save patients’ lives. Today is the second anniversary of the Lung Ambition Alliance, and while treatment for lung cancer has come so far, to realize the full potential of these advances we need to ensure people have timely access to effective screening and diagnosis – which would allow them to act quickly on possible cancer symptoms.”

Fewer screens are required to prevent one lung cancer death than for other cancer types. The NELSON study found that for every 320 LDCT scans administered, one life could be saved, compared to 864 tests for colorectal cancer and between 645 to 1,724 scans for breast cancer. 12 ,13,14 However, screening for lung cancer is not as widely available as for breast and colorectal cancers.15

Unfortunately for lung cancer screening, policy change has lagged behind the changing attitudes as new evidence has become available. In a survey of policymakers in seven countries (France, Germany, Italy, Japan, Spain, UK, US), the majority (75%) believed that countries should invest in targeted lung cancer screening programs.16 Only a few countries across the world have committed to introducing nationwide screening programs, these include the US, Japan, South Korea, Croatia, Poland and Australia.1 The report calls on governments to implement LDCT screening at scale in high-risk populations and provides implementation guidance based on decades of global research.

Mohit Manrao, Vice President and Global Franchise Head of Lung Cancer, AstraZeneca, said: “We cannot squander the opportunity to alleviate the burden of lung cancer on society through effective screening. Not only will early detection benefit patients, but this approach also has the potential to reduce costs for health systems, ensure greater sustainability in the long run and support governments in achieving their goals of reducing cancer mortality as a whole. Early diagnosis is key to achieving the best possible outcomes for lung cancer patients. We now have a deeper understanding of the complexities of lung cancer and how to treat it, and indeed an imperative to provide patients with care that is best suited to the characteristics of their disease.”