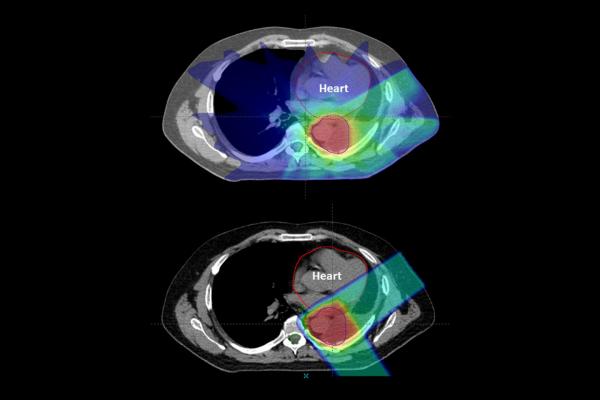 Timothy Kegelman, M.D., Ph.D., chief resident in the department of Radiation Oncology in the Perelman School of Medicine at the University of Pennsylvania, presented the findings on Sunday, October 25, at the American Society for Radiation Oncology virtual Annual Meeting (Abstract #1046).

"This shows us another potential benefit of proton therapy for lung cancer patients," Kegelman said. "We know proton has the ability to minimize radiation doses to surrounding organs like the heart. And these latest findings suggest that sparing correlates with fewer cardiac problems compared to conventional therapy."

Abigail T. Berman, M.D., MSCE, as assistant professor of Radiation Oncology at Penn, serves as senior author on the study.

Cardiac toxicity from radiation therapy remains a significant concern for lung cancer patients. One strategy to minimize dose is the use of proton therapy, which has the ability to more precisely target tumors and spare adjacent vital organs and healthy tissue.

The study found that 1.1 percent of patients with locally advanced non-small cell lung cancer treated with proton therapy experienced post-treatment mini-strokes, also known as transient ischemic attacks, after a median follow up of 29 months compared to 8.2 percent of patients treated with photon radiation therapy. Myocardial infarctions were also less common in the proton therapy group compared to the photon group, though the difference was not statistically significant: 2.3 percent versus nine percent.

There was no difference in the number of cases of atrial fibrillation, coronary artery disease, heart failure, or stroke. The researchers continue to compare the two approaches by looking more closely at the severity of the cardiac events and radiation dose to specific parts of the heart. The analysis will help radiation oncologists have a better understanding of how to minimize these risks further with newer technologies.

A large prospective, international phase III clinical trial investigating the difference between proton therapy and photon therapy in lung cancer patients--which includes patients treated in Penn's Roberts Proton Therapy Center--has also been underway since 2014. The expectation is that protons will reduce cardiac-related morbidity and mortality, which will translate into a higher cure rate, the authors said. The trial is expected to complete patient accrual in 2022.

This study is the first experience suggesting a benefit of proton therapy over intensity modulated radiotherapy, or IMRT, in reducing cardiac dose effects.

"While these findings are promising and add to growing evidence, more research and the results of the randomized trial will help us better determine and understand how treating with protons may reduce cardiac event risk," Kegelman said. 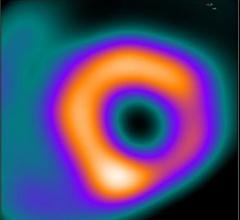 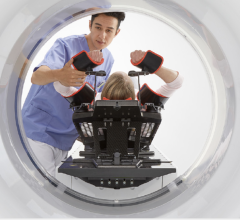 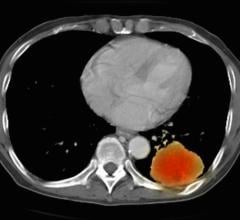 December 29, 2021 — The global nuclear imaging devices and equipment market is expected to grow from $2.45 billion in ...