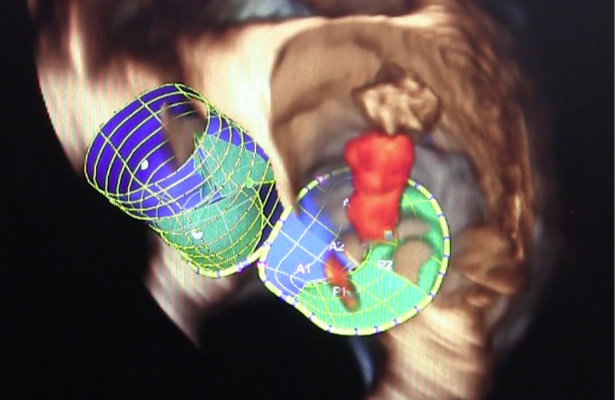 July 20, 2016 — A novel study has found a simple pre-operative echocardiographic measurement of the amount of torsion of the heart predicted outcomes of mitral valve surgery in some heart failure patients. The study was published in JACC: Basic to Translational Science.

The selection of appropriate candidates for mitral surgery among symptomatic patients with nonischemic, chronic secondary severe mitral regurgitation (NICSMR) can be challenging. This study demonstrates that assessment of left ventricular torsion — a twisting motion — may be useful for the prediction of post-mitral surgery outcomes in some patients.

“Mechanistically, this study suggests that the loss of torsion in patients with heart failure may reflect irreversible structural damage to the heart which would prevent the heart from recovering after corrective surgery,” said Douglas L. Mann, M.D., FACC, editor-in-chief of JACC: Basic to Translational Science. “If correct, this will have much broader implications than improvement after mitral valve surgery since it may predict which patients with heart failure may get better on medications.”

Mann added that these findings will need confirmation as the analysis was retrospective and took place in a small number of patients.