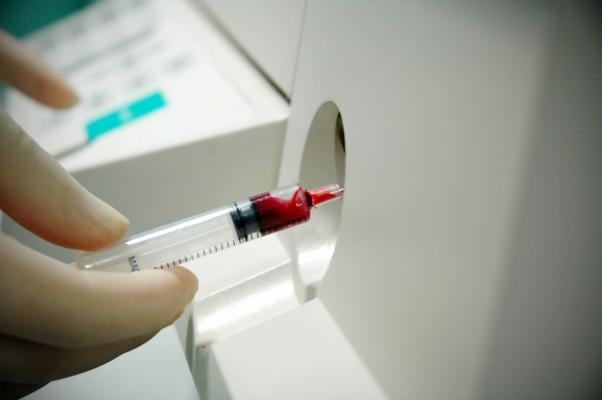 May 1, 2018 — Overlake Medical Center in Bellevue, Wash., announced it has enrolled 85 patients in a pilot study of a blood test to assess breast cancer risk. The test may determine which women with abnormal or inconclusive screening mammography results are at low risk for invasive breast cancer. This technology, requiring a simple blood draw, will help physicians assess the likelihood of invasive cancer or precancerous lesions with difficult-to-interpret mammogram images, thus potentially reducing the need for invasive biopsies.

The EarlyGuard Breast Test is being developed by Toray Molecular Oncology Laboratory (TMOL) in Brisbane, Calif. The multi-center prospective clinical trial is enrolling 400 patients at seven medical institutions nationwide. Overlake is the only hospital in Washington State participating, and is the second highest enrolling site nationwide.

Despite its effectiveness in reducing breast cancer deaths, screening mammography is associated with a high false positive rate, or inconclusive results that lead to costly and invasive follow-up procedures, such as additional breast imaging tests or a tissue biopsy. “It’s satisfying to be a part of advancing science,” said Overlake’s Steve Scallon, M.D., the study’s principal investigator. “It may be a helpful way for clinicians to better differentiate between high- and low-risk patients in the future.”

According to the American Cancer Society, for every woman screened, approximately 10 percent will be recalled for further testing, of which only three percent ultimately will be diagnosed with breast cancer. According to the Centers for Disease Control and Prevention, over 65 percent of women in the U.S. over the age of 40 are being screened every other year. For those patients who have been recommended to have an ultrasound guided biopsy, 75 percent of them will have a negative result. These false positives have the consequence of increased short-term anxiety for the women undergoing evaluation.

For patients like Reshil Offutt of Woodinville, Wash., whose screening mammography placed her in the American College of Radiology’s Breast Imaging Reporting and Data System (BI-RADS) Category 4 meaning suspicious for malignancy, the waiting period before the biopsy and afterwards while waiting for results was stressful. “I scaled back on work after the biopsy and spent that week researching online and worrying,” said Offutt, whose biopsy showed her lump to be benign. “Anything that shortens the wait time is a good thing.”

Results of the pilot study are expected in early summer 2018. A pilot study is a necessary first step in exploring a new clinical intervention. A larger efficacy trial is expected to start in winter 2018.