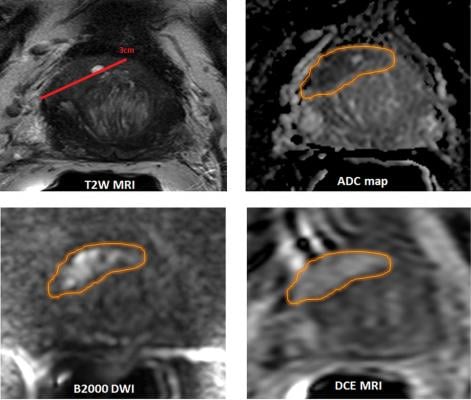 May 21, 2018 — Three new studies presented at the 113th annual meeting of the American Urological Association (AUA) highlight the effectiveness of magnetic resonance imaging (MRI) in the diagnosis and management of prostate cancer. The studies concur that use of MRI in the diagnosis of prostate cancer is increasing, and brings added value to screening and surveillance.

The studies, which will be presented by Stacy Loeb, M.D., AUA spokesperson and assistant professor of urology and population health at New York University, include:

Prostate Health Index and Multiparametric Magnetic Resonance Imaging to Predict Prostate Cancer Grade Reclassification in Active Surveillance: When used together, multiparametric magnetic resonance imaging (mpMRI) and Prostate Health Index (PHI) may be useful for decreasing the burden of prostate biopsies in men on active surveillance (AS), according to Johns Hopkins researchers. While both mpMRI and PHI have shown independently to be valuable in predicting prostate cancer grade reclassification (Gleason score >6) in patients enrolled in AS, researchers at Johns Hopkins aimed to identify the value of combining them for the purpose of predicting grade reclassification at the next AS biopsy.

Researchers retrospectively identified 205 men enrolled in the institution's AS program who underwent mpMRI and PHI within six months of each other, followed by a systematic mpMRI transrectal ultrasound (TRUS) biopsy. They then evaluated PHI and PHI density across Prostate Imaging Reporting and Data System (PI-RADS) V2.0 scores. The researchers compared results between men with and without grade reclassification before calculating receiver operating characteristic curves to compare the diagnostic value of the PI-RADS score combined with PHI, PHID or prostate-specific antigen doubling time (PSAD) for grade reclassification.

Contemporary National Trends in Prostate MRI Among Patients Undergoing a Prostate Biopsy: Results from a Privately Insured Patient Population: A growing number of men are undergoing prostate biopsy with mpMRI as opposed to conventional TRUS biopsy. Using a large cohort (more than 1 million men, aged 40-80 years, diagnosed with an elevated PSA from 2010 to 2016) from a private insurer database, researchers examined the adoption of the mpMRI.

Negative MRI: Which Patients Could Safely Avoid Prostate Biopsy? Results from Multi-Institutional Study in 401 Patients (MP57-08): Multiparametric MRI (mpMRI) is an effective tool to rule out clinically significant (Gleason > 3+4) and high-grade (Gleason > 4+3) prostate cancers and results could identify patients most likely to benefit from biopsy, according to this multi-institutional study of 401 patients. Using data from prostate biopsy databases at two referral centers, researchers examined diagnostic accuracy of mpMRI in men with negative mpMRI (PI-RADS <3 or Likert score <3) prior to biopsy.

"In recent years, we've seen a growing body of research that supports the use of mpMRI in prostate cancer management," said Loeb. "These studies confirm the value of using this modality when possible, both for initial diagnosis and subsequent follow up as part of active surveillance protocols. They also show the potential for combining mpMRI with markers, such as the prostate health index, to reduce the number of biopsies."