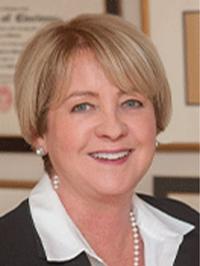 December 1, 2020 — At the Virtual RSNA 2020 conference, it was announced that Mary C. Mahoney, M.D., is RSNA president for 2021. An internationally recognized authority on breast imaging and mammography and a staunch advocate of patient-centered radiology, Mahoney is the Benjamin Felson Endowed Chair and Professor of Radiology at the University of Cincinnati (UC) College of Medicine in Cincinnati, Ohio. Since 2016, Mahoney has been chief of imaging services at UC Health in Cincinnati and is on the medical staff of several Cincinnati area institutions, including UC Medical Center, University Pointe Surgical Hospital, and West Chester Hospital in West Chester, Ohio.

As president, Mahoney will continue to focus on patient-centered care and support the Society’s goal of fostering diversity, equity and inclusion in radiology leadership and practice.

“I am honored to be part of an organization that actively supports women in radiology and works to promote diversity and inclusivity in its leadership, in its committees and in its programming,” Mahoney said. “We must ensure that our academic and society leaders reflect the diverse community we represent and strive to provide an equitable and inclusive community that serves the needs of all of our members. In shedding unconscious bias and embracing different perspectives, we strengthen our specialty and enhance the quality of care we provide to our patients.”

Over the years, Mahoney has served RSNA in many capacities. She was the scientific session presiding officer from 2003 to 2009. She has served on many committees, including the R&E Foundation Public Relations Committee and the Public Information Advisors Network. She has chaired the Public Information Committee, Patient-Centered Radiology Steering Committee and the Radiology Editor Search Committee. She joined the RSNA Board in 2014.

A respected leader in the field, Mahoney has held committee or leadership positions in a number of other organizations, including the Society of Breast Imaging (SBI) and the American Roentgen Ray Society. She served on the ABR Board of Trustees from 2010 to 2015 and the ABR Board of Governors from 2015 to 2018 and currently serves on the American College of Radiology (ACR) Board of Chancellors. Mahoney is a fellow of both ACR and SBI and is a member of the Society of Chairs of Academic Radiology Departments.

Mahoney has published more than 90 peer-reviewed articles and 15 book chapters and has co-authored two books with an emphasis on breast imaging. She has served as principal or co-investigator on numerous funded grants, including several grants focused on imaging modalities and biopsy. Mahoney has given many scientific research presentations nationally and internationally and has been an invited lecturer at over 285 institutions and meetings worldwide.

She is a graduate of the Executive Leadership in Academic Medicine program for women leaders in medicine. She has been instrumental in building the Advanced Imaging Core Lab at UC College of Medicine and the multidisciplinary breast center within UC Cancer Institute.

The recipient of many awards and honors throughout her career, Mahoney was recognized by ABR for her extraordinary service and dedication in 2008 and 2010. She was named a Health Care Hero finalist twice by the Cincinnati Business Courier and received a Marquis Who’s Who Lifetime Award in 2017. She was included on the “Best Doctors in Cincinnati” list, selected for inclusion in Top Doctors in America in 2019 and selected for “Top Doctors” by Cincinnati Magazine in 2020.

As president-elect, Haffty will work to maintain strong governance of the Society and raise the profile of RSNA and radiology outside of the radiology community.

“The RSNA Board of Directors has held a number of valuable and extensive discussions concerning the governance of our organization,” Haffty said. “I look forward to continuing those discussions and determining the optimal governance structure moving forward for RSNA. In addition, the Board plans to explore collaborations with other organizations that will be beneficial for our Society and our specialty.”

Haffty’s extensive service to RSNA includes serving as third vice president and as co-chair of the Bolstering Oncoradiologic and Oncoradiotherapeutic Skills for Tomorrow (BOOST) Program. At RSNA 2009, he delivered the Annual Oration in Radiation Oncology. Haffty was named RSNA Outstanding Educator in 2013. Haffty has been on the RSNA Board of Directors since 2014, serving as liaison for science and chair. He also served on the RSNA News editorial board.

Haffty completed his medical school and residency training at Yale University School of Medicine and spent the next 18 years specializing in breast, head and neck cancers in Yale’s Department of Therapeutic Radiology. He served on the faculty at Yale from 1988 through 2005. Haffty was promoted to professor of therapeutic radiology, served as residency program director from 1992 through 2004, and vice chairman and clinical director from 2002 to 2005.

Haffty’s research on new methods of delivering radiation therapy for breast cancer has focused on molecular and genetic factors as they relate to radiation resistance and outcomes in patients. Dr. Haffty is a leader in national clinical trials and is currently co-investigator on several national clinical trials through the NRG Oncology and Alliance for Clinical Trials in Oncology cooperative groups.

Haffty has authored or co-authored 50 books, book chapters and theses, more than 400 peer-reviewed articles and numerous editorials and letters. In addition to editing the comprehensive Handbook of Radiation Oncology, Haffty has served on numerous editorial boards. He currently serves on the editorial board of The Breast Journal and serves as deputy editor of Journal of Clinical Oncology.