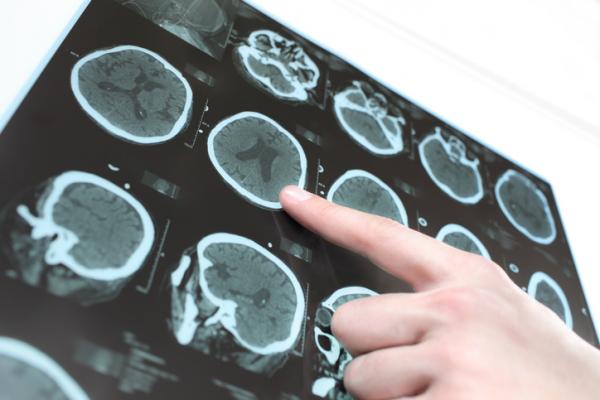 "The primary goal of a therapy for Alzheimer's disease should be to improve the patient's quality of life. We want to optimize their well-being and restore communication with family and friends to avoid social isolation, loneliness and under-stimulation. Although the study was a small pilot and should be interpreted with caution, our results suggest that low-dose radiation therapy may successfully achieve this," said Morris Freedman, M.D., scientist at Baycrest's Rotman Research Institute, head of the division of neurology at Baycrest and senior author of the study.

The study was a clinical follow-up to a 2015 case report about a patient in hospice with Alzheimer's disease. After being treated several times with radiation to her brain, she showed such significant improvements in cognition, speech, movement and appetite that she was discharged from the hospice to a long-term care home for older adults.

High doses of radiation are known to have harmful effects on our health. However, low doses, such as those used for diagnostic CT scans, can help the body protect and repair itself.

"Numerous neurological disorders, including Alzheimer's disease, are thought to be caused in part by oxidative stress that damages all cells, including those in the brain. We have natural protection systems to combat the damage, but they become less effective as we get older. Each dose of radiation stimulates our natural protection systems to work harder - to produce more antioxidants that prevent oxidative damage, to repair more DNA damage and to destroy more mutated cells," said Jerry Cuttler, Ph.D., a retired Atomic Energy of Canada scientist. He has been researching the effects of radiation on health for more than 25 years and is the lead author of the study.

In this study, published in the Journal of Alzheimer's Disease, four individuals living with severe Alzheimer's disease were given three treatments of low-dose radiation, each spaced two weeks apart. A CT scanner at Sunnybrook Health Sciences Centre was employed to provide the treatments, with the supervision and support of Sandra Black, M.D., senior scientist and neurologist, and Sean Symons, M.D., radiologist-in-chief, both at Sunnybrook. The researchers used standardized tests and observation to record changes in the patients' communication and behaviour after the treatment. Most importantly, they collected information (descriptions, photos and videos) from the patients' spouse, children and caregivers.

Remarkably, three of the four individuals showed improvements within one day of the first treatment, with their relatives reporting increased alertness and responsiveness, recognition of loved ones, mobility, social engagement, mood and more.

Two days after the first treatment, the son of one of the patients reported, "When I said hello, she looked at me and said, 'Hello dear.' She hadn't said this to me in years!"

The daughter of another patient noted: "I had an amazing visit with my dad this evening. I'm speechless from last night. He was excited to see me - he spoke to me right away and gave me multiple kisses - real kisses like years ago. He was clapping his hands to the music. My mom agreed it's been years since he has done this. Everyone is amazed."

The results of this study offer hope for those with severe Alzheimer's disease and their loved ones. However, it is important to note that this was a small pilot study with some limitations, including missing a placebo group. Future research is needed to examine the effects of this novel therapy in larger clinical trials.