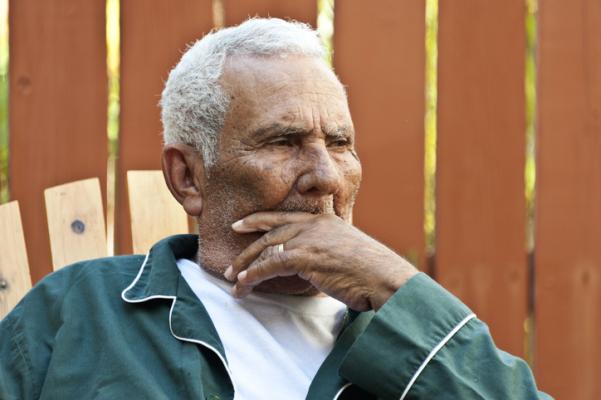 September 14, 2020 — To meet the pressing need to better understand the prevalence, progression, and clinical impact of Alzheimer’s disease among Mexican Americans, the National Institutes of Health has added funding for more biomarker measures, including positron emission tomography (PET) imaging, to the ongoing Health and Aging Brain Among Latino Elders (HABLE) Study. NIH’s National Institute on Aging (NIA) awarded new support that is expected to total $45.5 million over five years to the University of North Texas Health Science Center (HSC) at Fort Worth for the Health and Aging Brain Among Latino Elders-Amyloid, Tau, and Neurodegeneration (HABLE-AT(N)) Study. This combined investment and effort will help researchers better understand the health disparities of brain aging and Alzheimer’s between Mexican Americans and non-Latino whites.

“To successfully battle and ultimately prevent or treat a complex disease such as Alzheimer’s, we need to understand how this disease and other forms of dementia affect our nation’s diverse communities differently,” said Eliezer Masliah, M.D., director of the NIA Division of Neuroscience. “Measuring additional biomarkers in this population will provide important clues to guide approaches to target the right disease processes in the right people at the right time.”

Developing a better understanding of how and why many diseases affect diverse communities in different ways is paramount in the search for treatments and prevention for Alzheimer’s, the most common form of dementia. While studies suggest that dementia prevalence rates appear to be declining, most of this evidence is based on studies in non-Latino whites; it is largely unknown whether these trends extend to under-represented populations.

Launched in September 2017, the HABLE study has nearly completed recruitment of 1,000 Mexican Americans and 1,000 non-Latino whites, age 50 years and older, in the Fort Worth area. HABLE participants receive a functional exam, clinical labs, neuropsychological testing, bloodwork, and an MRI of the brain. The added funding for HABLE-AT(N) significantly expands the neuroimaging component of the study to include amyloid and tau PET. The researchers also plan to determine if traces of amyloid peptides (Aβ40 and Aβ42), tau, and neurofilament light (NfL) — as well as exosomes in the blood — can be used to screen across the spectrum of Alzheimer’s, from asymptomatic to mild cognitive impairment and advanced stages of the disease.

An additional benefit of HABLE and HABLE AT(N) will be the ability to better classify/categorize participants into groups by type of dementia and stage of the disease. This will help facilitate potential enrollment in future studies.

The research teams for HABLE and HABLE-AT(N) consist of leading experts in Mexican American cognitive aging, neuroimaging, blood-based biomarkers, as well as advanced statistical modeling. Sid O'Bryant, Ph.D., professor and executive director of the HSC Institute for Translational Research, and professor in HSC’s Pharmacology & Neuroscience unit, is the principal investigator for both efforts.

Projections from the U.S. Census Bureau(link is external) show that the number of Latinos age 65 and older is expected to nearly quadruple by 2060, whereas, for the same age range, the number of non-Hispanic whites is expected to increase by about 23% and the number of Blacks will more than double. Because aging is the greatest risk factor for Alzheimer’s, this means Latinos will face the largest increase in Alzheimer’s cases of any racial/ethnic group nationwide — about 3.5 million by 2060. Mexican Americans are the largest segment of the U.S. Latino population.

“The scope and urgency of HABLE and HABLE-AT(N) is crucial for this underserved population,” said Dallas Anderson, Ph.D., a program director in the Population Studies and Genetics Branch of NIA’s Division of Neuroscience. “Most importantly, it will help to clarify questions in the diagnosis of Alzheimer’s disease and related dementias in Mexican Americans.”

NIA is committed to supporting studies on risk factors related to health disparities. A key part of the HABLE-AT(N) study is its alignment with the NIA-Alzheimer’s Association Research Framework. This biological construct is based on three general groups of biomarkers: beta-amyloid (A), tau (T), and neurodegeneration or neuronal injury (N). Also referred to as the AT(N) research framework, it is designed to facilitate better understanding of the disease process and the sequence of events that lead to cognitive impairment and dementia. HABLE and HABLE-AT(N) are also responsive to the NIA Health Disparities Research Framework.

The new study is instrumental in making sure Alzheimer’s biomarker studies are increasingly representative of the population. HABLE-AT(N) will provide a variety of biological, behavioral, environmental, and sociocultural data to examine the big picture of how Alzheimer’s affects people throughout their lives. There will also be data to determine whether Mexican Americans experience the same Alzheimer’s biomarker trajectory reported in past studies.

HSC’s Institute for Translational Research(link is external) will also make the HABLE and HABLE-AT(N) data available to the scientific community to facilitate rapid scientific advancements, thereby meeting an NIA goal of open access to research data.

NIA leads NIH’s systematic planning, development, and implementation of research milestones to achieve the goal of effectively treating and preventing Alzheimer’s and related dementias. HABLE and HABLE-AT(N) demonstrate efforts toward the following milestones:

NIA recently updated its website with a new Spanish-language health information landing page: www.nia.nih.gov/espanol. Current information is available on subjects such as Alzheimer’s disease and related dementias, as well as clinical trials and other aging-related health topics.