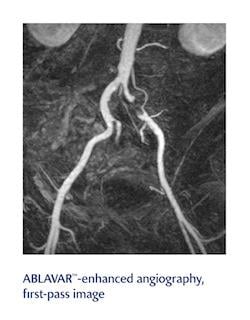 The cardiac ultrasound contrast media contract award is a three-year sole-source supplier agreement, effective Dec. 1, 2011 through Nov. 30, 2014. The Ablavar contract award is a three-year supplier agreement, effective Jan. 1, 2012, through Dec. 31, 2014. These new agreements allow Premier members, at their discretion, to take advantage of special pricing and terms pre-negotiated by Premier for Definity and Ablavar .

Definity, an ultrasound contrast agent for use in patients with suboptimal echocardiograms to opacify the left ventricular chamber and to improve the delineation of the left ventricular endocardial border cardiograms, and Ablavar, an MRA contrast agent indicated to evaluate aortoiliac occlusive disease (AIOD) in adults with known or suspected peripheral vascular disease (PVD), will both be offered to more than 2,500 hospitals nationwide and 76,000-plus healthcare sites. The contracts were awarded after a competitive bidding process that examined multiple factors, including pricing and clinical experience with Definity and Ablavar, as well as Lantheus’ support of the products.