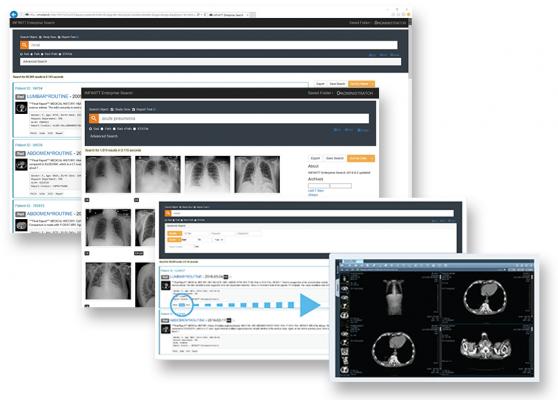 Mike Rosa, information technology (IT) director at Lake Medical Imaging, came from a PACS background, having worked 16 years with a PACS vendor. He said the PACS they had at LMI was fine until another company acquired it. From that point on the PACS was not keeping up with new technology. They stopped developing new features and functionality, and were only concerned with maintaining what they had and working the bugs out. But the bugs didn’t get fixed and in 2019 the legacy PACS was still on a 32-bit platform.

“When we set out to research PACS vendors to replace the system, we were looking for a company that was customer-service oriented,” said Rosa. “Dr. Keller, our managing physician, looked at KLAS rankings and focused on companies with the top ratings. We considered another highly-rated vendor, but they didn’t have their own RIS, and adding a separate RIS required another large investment.”

“We liked the fact that Infinitt’s RIS/PACS is on a single database platform with single sign-on, only one company to deal with and no finger pointing. And it is also more economical. It was an added bonus that Infinitt has advanced integration packages with TeraRecon for advanced visualization and Updox for patient reminders.”

According to Rosa, he was impressed with the speed of the migration from the old system over to Infinitt. With 60 terabytes of data, this was a big concern, but he says they are almost halfway there already, after only two months.

Lake Medical is one of the first implementations of Infinitt’s G7 RIS/PACS, including Infinitt Results speech recognition, Patient and Physician Portals, Insurance Eligibility Verification and more. They will also be using Infinitt Smart Net for Disaster Recovery, which is especially important to LMI because they are located in Florida where they are exposed to a lot of hurricanes.

LMI currently has five imaging centers and a corporate office, and they are adding a 20,000 square foot imaging center that will be built from the ground up to include a state-of-the-art data center. They will have a primary archive, a replicated archive and use the Infinitt cloud for disaster recovery.