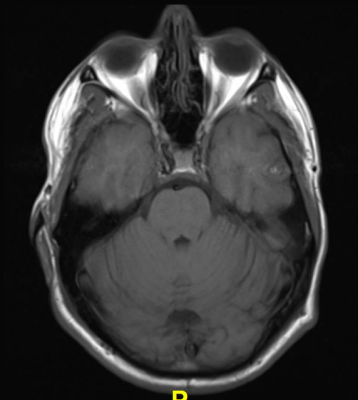 December 10, 2019 — Magnetic resonance imaging (MRI) illuminates abnormalities in the brains of people with depression, potentially opening the door to new and improved treatments for the disorder, according to two studies presented in December the annual meeting of the Radiological Society of North America (RSNA).

Major depressive disorder (MDD) is one of the most common and debilitating mental disorders worldwide. Symptoms include feelings of hopelessness, diminished interest in daily activities, and fatigue. Limited understanding of the brain changes associated with MDD hinders the effectiveness of treatments. "Unfortunately, with current treatments there is a large chance of relapse or recurrence," said Kenneth T. Wengler, Ph.D., from Columbia University in New York City and co-author of one of the studies. "To develop new, more effective treatments, we must improve our understanding of the disorder."

Wengler and colleagues at the Renaissance School of Medicine at Stony Brook University in Stony Brook, N.Y., recently studied connections between MDD and disruptions in the blood-brain barrier (BBB), a network of blood vessels and tissue that protects the brain from foreign substances. Using a new MRI technique they developed called intrinsic diffusivity encoding of arterial labeled spins (IDEALS), they looked at BBB water permeability, or the movement of water out of the blood vessels and into the brain tissue.

Comparison of results in 14 healthy individuals and 14 MDD patients found that less water moved from inside the blood vessels to outside in the MDD patients, representing disrupted BBB integrity. This difference was particularly large in two regions of the brain: the amygdala and the hippocampus.

"We observed disruption of the blood-brain barrier in gray matter regions known to be altered in major depressive disorder," Wengler said. "This study helps improve our understanding of the pathophysiology of depression and can open new avenues of treatment for a disorder that affects over 100 million individuals worldwide."

A second study presented at RSNA 2019 looked at abnormalities in the complex network of connections in the brain known as the connectome for their role in depression. Previous research has focused on characterizing the connections between different brain regions, but this study, from researchers at the University of North Carolina (UNC) in Chapel Hill, N.C., looked deeper within individual brain regions.

The researchers compared 66 adults with MDD and 66 matched healthy controls during wakeful rest using functional MRI (fMRI) and a newly developed multiscale neural model inversion framework that linked the brain's microscopic circuitry with its larger-scale interactions. As part of the study, the researchers were able to assess excitatory or inhibitory influence between neuronal cell groups. A proper balance between excitation and inhibition is crucial to a well-functioning brain.

Patients with MDD had abnormal patterns of excitation and inhibition at the dorsal lateral prefrontal cortex, a brain area important to cognitive control functions, including the regulation of the amygdala, a key region embedded deep in the brain for expression of emotion. It has long been hypothesized that malfunctioning inhibitory control over the amygdala could result in depressive symptoms.

"In our study, we found that excitation and inhibition in the brain regions in control of executive functions and emotional regulation were reduced in patients with MDD," said study co-author Guoshi Li, Ph.D., from the Image Display, Enhancement and Analysis (IDEA) group at UNC. "This suggests that control functions in MDD are impaired, which may lead to elevated responses in the amygdala, resulting in increased anxiety and other negative moods."

In addition, the researchers found that recurrent excitation in the thalamus, an area of the central brain that is also responsible for emotional regulation, was abnormally elevated in patients with MDD.

Li said the new approach could open the door for a deeper understanding of the mechanisms behind depression. "Current methods of studying the brain provide a superficial understanding of connectivity," Li said. "This method allows us to identify impaired connectivity within each brain region, making it a potentially more powerful tool to study the neuromechanism of brain disorders and develop more effective diagnosis and treatment."

MRI Uncovers Brain Abnormalities in People With Depression and Anxiety