iCAD Showcases Use of Medical Imaging Artificial Intelligence at RSNA 2016

iPowerLook Tomo Detection, designed to improve digital breast tomosynthesis reading workflow, has CE Mark and is installed at multiple facilities in Europe and is approved for sale in Canada. It is currently pending U.S. Food and Drug Administration (FDA) approval.

Also during the meeting, research was presented at two separate sessions that focused on utilizing the PowerLook Tomo Detection workflow solution. 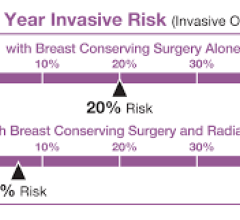