The History and Future of Cancer Immunotherapy 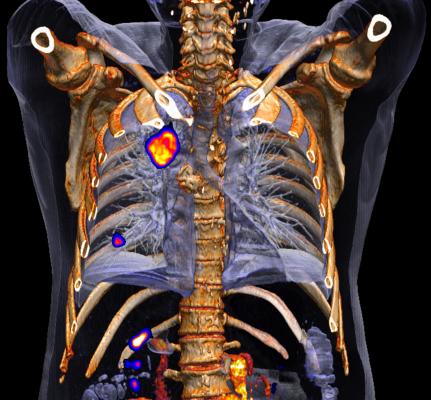 March 31, 2016 — In a paper published in Nature Reviews last week, Axel Hoos, M.D., Ph.D., laid out the current immunotherapy development paradigm, as well as his strategic vision to optimize the implementation of next-generation immunotherapies.

Immunotherapy is currently revolutionizing cancer treatment and, according to Axel Hoos, M.D., Ph.D., has the potential to improve patient outcomes significantly in the future. Hoos leads one of the Cancer Research Institute’s (CRI) programs — the Cancer Immunotherapy Consortium (CIC) — that played an important role in enabling early immunotherapy trials to succeed.

Imaging is often used to monitor patient response to this therapy, but there is difficulty in measuring treatment response because it presents very differently than traditional chemotherapy response. The tumors sometimes increase in size for a couple of months before the treatment begins to shrink tumors over time. The tumor tissue response is also often delayed and may be mistaken as ineffective in the first couple months of monitoring.

Under the leadership of Hoos, who also serves as GlaxoSmithKline’s head of immuno-oncology, the CIC initiatives highlighted how two important factors were complicating immunotherapy trials. First, immunotherapy can produce novel responses that are not accounted for in the traditional response criteria developed for chemotherapy. Second, immunotherapy’s differential effects on clinical endpoints, such as survival, need to be addressed. In addition to the development of new immune-related response criteria (irRC), Hoos also believes that the CIC’s insights helped to transform the development program for the first checkpoint blockade immunotherapy drug, the anti-CTLA-4 antibody ipilimumab (Yervoy), which unleashes the immune system and enables a stronger anti-cancer response.

With the help of the new immunotherapy-related criteria, early trials employing ipilimumab as well as other checkpoint blockade drugs, such as the anti-PD-1 antibody pembrolizumab (Keytruda) and nivolumab (Opdivo), paved the way for immunotherapy to improve the standard of care in cancer treatment. Furthermore, these stimulated cooperative efforts in the immunotherapy community that directly influenced the regulatory guidance documents of both the U.S. Food and Drug Administration (FDA) and the European Medicines Agency (EMA).

Moving forward, Hoos hopes that the CIC, which has since been reconstituted as an industry advisory “think tank” focused on late-stage drug development, can build on these accomplishments. According to him, several factors will drive the efforts to usher in the next generation of immunotherapies — including technologies such as cancer vaccines, re-engineered oncolytic viruses and cell-based therapies — as well as to maximize the benefits of current immune-based drugs:

Immunotherapy was declared the Breakthrough of the Year by Science in 2013. To ensure that immunotherapy realizes its full potential, much more must be learned about the immune system, cancer, and their interactions within the complex and ever-changing tumor environments of individual patients.