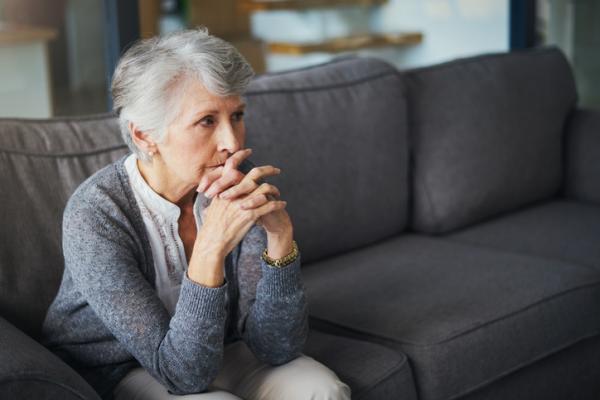 January 29, 2021 — A nationwide panel of experts has developed the first mammography guidelines for older survivors of breast cancer, providing a framework for discussions between survivors and their physicians on the pros and cons of screening in survivors' later years.

The guidelines, published online in a paper in JAMA Oncology, recommend discontinuing routine mammograms for survivors with a life expectancy under five years; considering stopping screening for those with a 5-10-year life expectancy; and continuing mammography for those whose life expectancy is greater than 10 years. The guidelines will be complemented by printed materials to help survivors gauge their risk of cancer recurring in the breast and weigh the potential benefits and drawbacks of mammography with their healthcare team.

"The standard recommendation for mammography in breast cancer survivors of all ages has been annual screening. There has been little guidance on how to tailor screening for older survivors - what role life expectancy, risk of recurrence, patient preferences, or the tradeoffs associated with mammography should play," said Rachel A. Freedman, M.D., MPH, of Dana-Farber Cancer Institute, the first author of the new paper. "The result is that the use of mammography for older survivors has been highly inconsistent. With the number of older women who will be diagnosed with breast cancer expected to increase in the coming years, it's important that we find ways to individualize decisions for each patient's circumstances and preferences."

To formulate the new guidelines, Freedman recruited an 18-member panel of patients in addition to breast cancer primary care, geriatrics, radiology, survivorship, and nursing experts from around the country to review the scientific literature on the risk of in-breast cancer among older breast cancer survivors, taking into account the subtype of cancer, the treatment patients received, their age, and health status. The group conducted a parallel review of research on the benefits and downsides of mammography. (Designed to detect breast cancer at an early stage, mammograms sometimes uncover growths that turn out not be cancerous, or small, slow-growing tumors that won't have an impact on an older woman's life expectancy. The detection of such growths often entails further stress and anxiety, tests, and treatment.)

Reassuringly, the literature review confirmed that most older breast cancer survivors had a low risk for breast cancer in either breast - particularly for those who had been treated with hormone-blocking therapy for hormone receptor-positive tumors. The panel estimated older survivors' risk of developing cancer in the breast over a 10-year period and organized their results by cancer type and treatment.

The review of mammography studies found that although the benefits of screening in older women are not well defined, research suggests mammography offers little to modest clinical benefit for many older women. The main downsides of mammography were false-positives (detection of growths that appear cancerous but turn out not to be), anxiety associated with diagnostic testing, and overtreatment.

Combining the results of these reviews, the panel formulated a series of mammography guidelines for survivors of breast cancer. The guidelines were considered by a group of clinicians and patient advocates and by five clinician focus groups, resulting in several revisions. After further review by the International Society for Geriatric Oncology, the guidelines were refined and finalized.

Freedman emphasizes that the new guidelines are not prescriptive but should serve as a starting point for older survivors of breast cancer in conversations with their physician. "The purpose of the guidelines is to offer clinicians support for having these conversations with patients and to make a shared, individualized decision for each woman," she said.