Women 75-plus May Not Benefit from Breast Cancer Screening 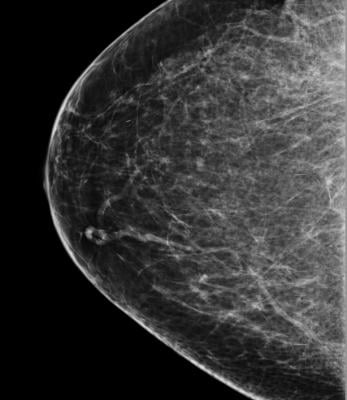 February 25, 2020 — According to newly published research in an article titled Continuation of Annual Screening Mammography and Breast Cancer Mortality in Women Older Than 70 Years, healthy women over the age of 75 years might not benefit from continuing breast cancer screening. Researchers used data from the Medicare program to estimate the risk of breast cancer mortality under two strategies: continuing versus stopping screening in older women. They found a small mortality benefit for continuing to screen women between the ages of 70 to 74, but not those between 75 to 84. Findings from this population-based observational study are published in Annals of Internal Medicine.

An important question in cancer screening is the age at which it should stop. At some age, the modest potential harms associated with screening will outweigh the benefits because the latter accrue in the future. Researchers from the Harvard T.H. Chan School of Public Health, the Massachusetts General Hospital and RTI Health Solutions used Medicare data to compare deaths from breast cancer over eight years follow-up in women who continued getting yearly mammograms and those who stopped screening. More than one million women between the ages of 70 and 84 years who had a mammography, a life expectancy of at least 10 years, and no previous cancer diagnosis were included in the evaluation. The researchers found that continuing breast cancer screening would reduce 8-year breast cancer mortality by one death per 1,000 women, with the 95 percent confidence interval (CI) ranging from two deaths to none. In contrast, continuing to screen women 75 years or older does not seem to affect 8-year breast cancer mortality. Regardless of age, women were less likely to receive aggressive therapies (radical mastectomy, chemotherapy) for breast cancer if they continued screening.

According to an editorial by Otis Brawley, M.D., from Johns Hopkins University, the study's main disadvantage is that it uses data gathered between 1999 and 2008 when digital mammography was being introduced. It is basically the standard today. One-third of American women who die of breast cancer are diagnosed after age 70. These current estimates of the benefits of screening in this age range also reflect the current breast cancer treatments used in women over 70 potentially more than it does on the limitations of mammography.

On Mammography Screening for Women Older Than 70 Years