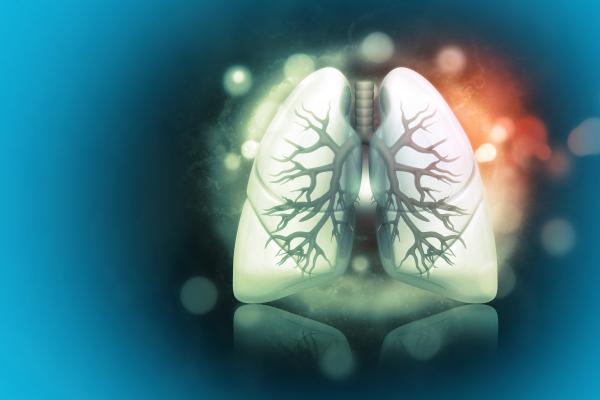 August 19, 2020 — Public health screening guidelines for lung cancer followed by the United States Preventive Services Task Force (USPSTF) and the Center for Medicare and Medicaid Services (CMS) undercount African Americans, contributing to disparities in lung cancer screening and treatment, according to a study published today in the Journal of Thoracic Oncology. The JTO is the official journal of the International Association for the Study of Lung Cancer.

Current USPSTF and CMS guidelines, established by results from the National Lung Cancer Screening Trial, recommend low dose computed tomography screening for individuals that meet the following criteria: age 55-80 or 55-77 years, respectively, 30 or more pack-years cigarette smoking history, and in former smokers having quit smoking within the past 15 years.

However, African American individuals are more likely to start smoking at a later age, smoke fewer cigarettes per day, have a longer duration of smoking, are less likely to quit, and tend to be diagnosed with lung cancer at an earlier age. Previous research conducted of 48,364 ever-smokers in the Southern Community Cohort Study showed that a smaller proportion of African American individuals would have met the current USPSTF criteria compared to Whites - 17 % versus 31 %, respectively. African American ever-smokers are at increased risk for lung cancer compared to their White counterparts after adjusting for age and smoking history.

Even among those African Americans or Hispanics who are appropriately screened, access to treatment and participation in leading edge clinical trials is limited.

"Black and Hisptanic patients are under represented in cancer clinical trials and COVID-19 trials, even though they are more likely to be more affected by both diseases," said Janet Freeman-Daily at the IASLC World Conference on Lung Cancer Virtual Presidential Symposium last week. Freeman-Daily is a lung cancer patient advocate and runs the weekly lung cancer Twitter discussion #LCSM.

"In a rapid moving area like cancer care, clinical trials are treatment and represent hope," she said.

To follow up on the Southern Community Cohort Study, researchers from the University of Illinois at Chicago performed a retrospective analysis of 1,050 patients with thoracic cancer from their cancer registry. The cohort was assessed for whether each case would have been eligible by USPSTF criteria for screening based on age, pack-years (average packages of 20 cigarettes smoked per day times years smoked) and quit time. After some exclusions, the cohort of 883 ever-smokers was comprised of the following racial/ethnic makeup: 258 (29.2%) White, 497 (56.3%) African American, 69 (7.8%) Hispanic, 24 (2.7%) Asian, and 35 (4.0%) other.

"We found that the PLCOm2012 model was significantly more sensitive in selecting lung cancer patients as being eligible for screening for the entire cohort," said lead author Mary Pasquinelli, DNP, from the University of Illinois at Chicago. "Broader use of this model in racially diverse populations may help overcome disparities in lung cancer screening and outcomes."