The Hottest Topics in Medical Physics at AAPM 2018 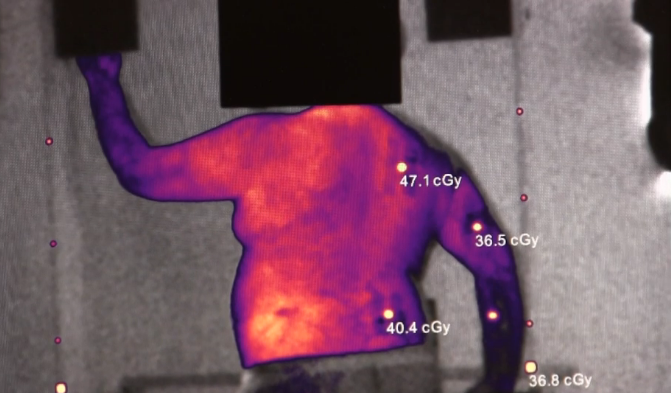 I attended the American Association of Physicists in Medicine (AAPM) 2018 meeting in late July and came back with many takeaways.

Artificial intelligence (AI) was the biggest single topic discussed in sessions and on the show floor at AAPM 2018, reflecting the same trend ITN has seen at medical conferences over the past year. AI is being developed to help automate treatment planning software and cut the time it takes to develop plans from hours or days, down to minutes. Examples of AI auto-segmentation and contouring was shown in the RaySearch booth on the floor and demonstrated in dozens of sessions.

I spoke with Steve Jiang, Ph.D., director of the medical artificial intelligence and automation lab and vice-chair of the Department of Radiation Oncology, University of Texas Southwestern. He spoke in sessions at AAPM 2018 about how AI will change treatment planning, radiation oncology and medical imaging. Watch the VIDEO interview with him where he explains these areas in more detail here.

I also spoke to Kevin Moore, Ph.D., deputy director of medical physics, University of California San Diego, about his daily clinical use of an artificial intelligence treatment planning software he helped develop with a partner vendor. He said the accuracy is very good after being compared to manual planning over the course of three years. He said the past few years were a refinement period to teach the AI how to perform better by correcting any errors the system made so it knew how to plan better in similar cases in the future.

Radiological Society of North America (RSNA) President Vijay Rao, M.D., spoke at AAPM about the strong partnership between AAPM and RSNA. She is the David C. Levin professor and chair of radiology, Sidney Kimmel Medical College of Thomas Jefferson University, Philadelphia. I spoke to her after her session and she said AI has exploded across medicine and particularly in radiology. She said the trend in AI seen at AAPM is the same across 10 other imaging conferences she has attended as RSNA president over the past several months. She said AI will also by far be the hottest topic discussed at RSNA 2018 in late November.

Redefining the Future of Medical Physics in a Changing Healthcare Environment

This was the topic that several in AAPM leadership wanted to stress as the role of medical physicists is augmented in the coming years by automation and AI.

AAPM President Bruce Thomadsen, M.D., professor of medical physics at the University of Wisconsin, Madison, highlighted this theme in his presidential symposium, and it was echoed by several other speakers in sessions. He said the future may seem uncertain due to AI and automation, but it also presents opportunities for physicists to reinvent their roles in healthcare. You can watch a VIDEO interview with Thomadsen at AAPM here.

Thomadsen mentioned AAPM's Medical Physics 3.0 initiative, which is aimed at helping redefine how physicists can help not just in treatment planning and radiology imaging system quality assurance, but perhaps become more active in patient care and offer services to other departments.

I spoke with Ehsan Samei, Ph.D., DABR, FAAPM, FSPIE, director of the Duke University Clinical Imaging Physics Group and head of the Duke medical physics graduate program, who explained this new program in detail. He said physicists need to get out of the back rooms and interface more with other specialities across the hospital. You can watch a VIDEO interview with Samei at AAPM here.

Mahadevappa Mahesh, MS, Ph.D., FAAPM, FACR, FACMP, FSCCT, professor or radiology and cardiology and chief physicist at Johns Hopkins, also shared his views on this same topic of the changing role of physicists in this VIDEO interview.

Application of Radiomics in Both Medical Imaging and Radiation Therapy

Numerous sessions explained how use of big data analytics and software image analysis algorithms applied to medical imaging can enhance disease diagnosis. This includes finding small variations in images that may escape the naked eye that show similarities in various types of cancers. When tied with electronic medical records (EMR), data and oncology reports, this may allow for better disease classification, prognosis prediction, allow better recommendations for treatment and better disease staging.

One of these radiomics presenters was Martin Vallieres, Ph.D., post-doctoral fellow at McGill University, Montreal, Canada, presented on radiomics, and also sat down to discuss the topic with ITN.

The sessions at AAPM were packed with new concepts on how to better treat or image patients. I included several of these new technologies in the VIDEO Editor's Choice of the Most Innovative New Technology from the show floor at AAPM 2018.

One interesting session I sat in on at AAPM included how to use proton beams from proton radiation therapy systems as an onboard real-time image guidance system. I spoke with Matthew Freeman, Ph.D., scientist at Los Alamos National Laboratory, New Mexico, who is helping develop direct proton imaging on the treatment table without the need for other external or on-board imaging systems. Watch a VIDEO interview with him here.

Another topic that has been discussed for several years, and again at AAPM 2018, was the use of Cherenkov radiation imaging during radiation therapy to help confirm plan and dose delivery in real time. There were several sessions where researchers from various institutions showed how this concept works as a science project. However, the most interesting presentation of how this might work in the real world was on the expo floor by a new vendor seeking to file for U.S. Food and Drug Administration (FDA) clearance of Cherenkov imaging system. Here is a VIDEO explaining two patient cases.

It is interesting to note that on social media, ITN’s postings of these two patient case videos received the highest level of interest and reader engagement out of all the posts made during AAPM. While it is a science project in the eyes of many people, there was a lot of interest in the possibility of this technology being commercialized.