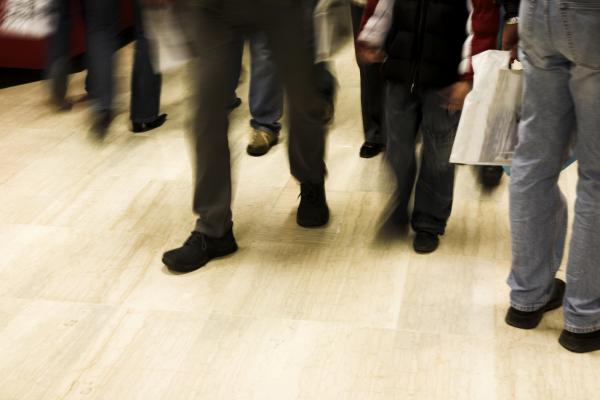 "Researchers are developing, testing, and validating new innovations, concepts and protocols that could become tomorrow's standards of care," said Patrick Kupelian, M.D., professor of radiation oncology and vice-chair of clinical operations and clinical research at the University of California, Los Angeles (UCLA). "This symposium provided an opportunity for leaders in radiation oncology to collaborate on a wide range of topics that offer the potential to improve the precision and efficiency of cancer care with radiation oncology."

Kupelian was part of a team that presented a prototype telehealth system it developed for collecting outcome information directly from patients to improve the quality and usefulness of data aggregated in cancer registries.

A new level of treatment precision may be possible through a novel method that, for the first time, enables integrated and simultaneous movement of the linear accelerator and the treatment table, according to Ke Sheng, Ph.D., associate professor of medical physics at UCLA and member of Varian's SRS-SBRT Clinical Council. Sheng presented his team's work on a concept called "4pi radiotherapy," which involves increasing the number of beam angles available for a treatment, making it possible to focus more radiation on the tumor while better protecting the surrounding tissues and organs.

Another member of Varian's SRS-SBRT Council, Richard Popple, Ph.D., professor of medical physics at the University of Alabama Birmingham School of Medicine, described ways of using 3-D cameras and computer modeling to enhance patient safety during treatment, particularly with complex treatments such as 4pi radiotherapy that involve many moving parts. Popple's work has the potential to enhance patient safety and could enable these high-precision treatments to become standard practice outside of the academic setting. "The symposium sparked conversations and discussions among researchers and Varian engineers that will help us devise solutions that can advance radiation therapy globally," said Popple.

Several researchers presented on the use of knowledge-based treatment planning models to increase both the speed and quality of treatment planning, which is still a relatively time-consuming aspect of radiotherapy treatment design. One researcher, Martha Matuszak, Ph.D., assistant professor of radiation oncology at the University of Michigan, showed a RapidPlan model that her team developed for expediting and standardizing quality in radiosurgery treatment plans for spinal lesions.

In a blinded study comparing automated knowledge-based and manually developed treatment plans for the same set of intracranial radiosurgery cases, experienced doctors outright preferred the knowledge-based plans 70 percent of the time and 13 percent of the time could discern no differences between the automated and manually planned treatments, according to Kevin Moore, Ph.D., assistant professor in the Department of Radiation Medicine and Applied Sciences at the University of California, San Diego. "We anticipate that the ongoing development of RapidPlan treatment planning models will help to spread best practices in radiosurgery to more clinics around the world," Moore said.

Automated daily patient treatment chart checks—an important quality assurance step in radiation oncology—were the focus of a research team from Emory University in Atlanta. The Emory team has developed, and is now testing, a system that checks all the treatment parameters that are routinely checked manually by a clinical physicist.

"Performing chart checks manually has a number of shortfalls, such as the potential for human error and limits to the number of parameters that can be checked in a timely fashion," said Anees Dhabaan, Ph.D., associate professor of medical physics at Emory University. "We are working to show that an automated chart check system is feasible and could offer huge potential in the improvement of quality assurance procedures in radiation oncology."

Presentations about imaging techniques covered such topics as dual-energy imaging to enhance the quality of image-guided radiotherapy treatments for lung and other cancers. Marc Kachelriess, Ph.D., of the German Cancer Research Center (DKFZ) in Heidelberg, presented a potential technique for generating 3-D images that display both respiratory and cardiac motion in order to enhance precision when treating tumors affected by both types of motion. Christopher Williams, Ph.D., of Brigham and Women's Hospital, demonstrated a novel technique that promises to be able to generate a 3-D image from a single 2-D projection, which would enable visualization of internal organ motion during treatment and precise recording of where the radiation dose was delivered.

Other presentations covered research projects involving strategies for dealing with tumor motion during treatment, including markerless tumor tracking, and the use of electromagnetic beacon transponders.