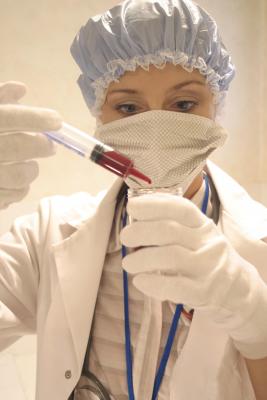 September 29, 2017 — A new study demonstrates that a blood test to detect cancer may predict treatment outcomes for patients with localized non-small cell lung cancer (NSCLC) and afford physicians additional lead time to personalize treatment for recurrent disease. Patients in the study with detectable levels of circulating tumor DNA (ctDNA) shortly after treatment all had recurrences within two years, while all but one of the patients without detectable ctDNA shortly after treatment remained disease-free and survived long-term. Conventional imaging, conversely, was not prognostic for recurrence or survival. Findings were presented at the 59th Annual Meeting of the American Society for Radiation Oncology (ASTRO), Sept. 24-27 in San Diego.

The aggressive nature of lung cancer can make long-term management especially challenging. Because NSCLC tends to progress, even following treatment, regular monitoring for recurrence is necessary. The computed tomography (CT) scans typically used for monitoring, however, are often unable to detect microscopic tumor deposits or to distinguish normal tissue changes caused by treatment from changes caused by recurrent disease.

“Blood tests that can detect minute traces of cancer that remain after treatment could improve recurrence monitoring and potentially offer physicians months of additional lead time to tailor treatments and improve our patients’ outcomes and quality of life,” said Aadel Chaudhuri, M.D., Ph.D., lead author of the study and a chief resident in radiation oncology at Stanford University in Palo Alto, Calif.

“Our findings suggest that ctDNA analysis, unlike CT scans, can identify shortly after treatment completion if a patient with localized lung cancer has likely been cured by radiation or surgery or if he or she still has cancer cells present in their body. While we expected that ctDNA detection of molecular residual disease would predict poor clinical outcomes, we were surprised by how strongly predictive the test was for recurrence and survival.”

Presence of ctDNA was measured as a marker of molecular residual disease (MRD) in patients with stage I-III NSCLC immediately before treatment and shortly after treatment was completed. ctDNA levels also were measured mid-treatment (average = 3 weeks, range = 1.4-3.7 weeks) for half of the patients receiving chemoradiation (n = 13 of 27 patients). Cancer Personalized Profiling by Deep Sequencing (CAPP-Seq) was used to assess whether ctDNA was present. Surveillance scans using CT imaging were evaluated using the Response Evaluation Criteria In Solid Tumors (RECIST).

The median patient age was 67 years (range 47-91 years), and most patients (67 percent) were male. All 41 patients were treated with curative intent, including with chemoradiation therapy (66 percent), radiation therapy alone (27 percent) and surgery alone (7 percent). Median follow-up for the study was 35 months (range 7-56 months).

Researchers detected ctDNA pretreatment in 38 of the 41 patients (93 percent). Thirty-four of these 38 patients had blood drawn within four months of treatment completion (the prespecified MRD landmark) and were eligible for subsequent analysis.

Among the 34 patients with ctDNA MRD pretreatment, more than half (56 percent, n = 19) had detectable residual disease after treatment. All of these patients subsequently developed recurrent lung cancer, compared with only one of the 15 patients without detectable ctDNA MRD.

“In the future, clinicians may be able to use ctDNA analysis to identify patients who could benefit from additional treatment after first-line therapy,” said Maximilian Diehn, M.D., Ph.D., senior author of the study and an assistant professor of radiation oncology at Stanford.

“In a related study also presented at this year’s ASTRO Annual Meeting, we found that ctDNA analysis detected disease recurrence an average 5.5 months earlier than standard-of-care CT imaging for localized lung cancer and helped with interpretation of equivocal follow-up imaging. This suggests that ctDNA analysis could open a window to treat patients with residual cancer early, while disease burden is minimal,” Diehn added.