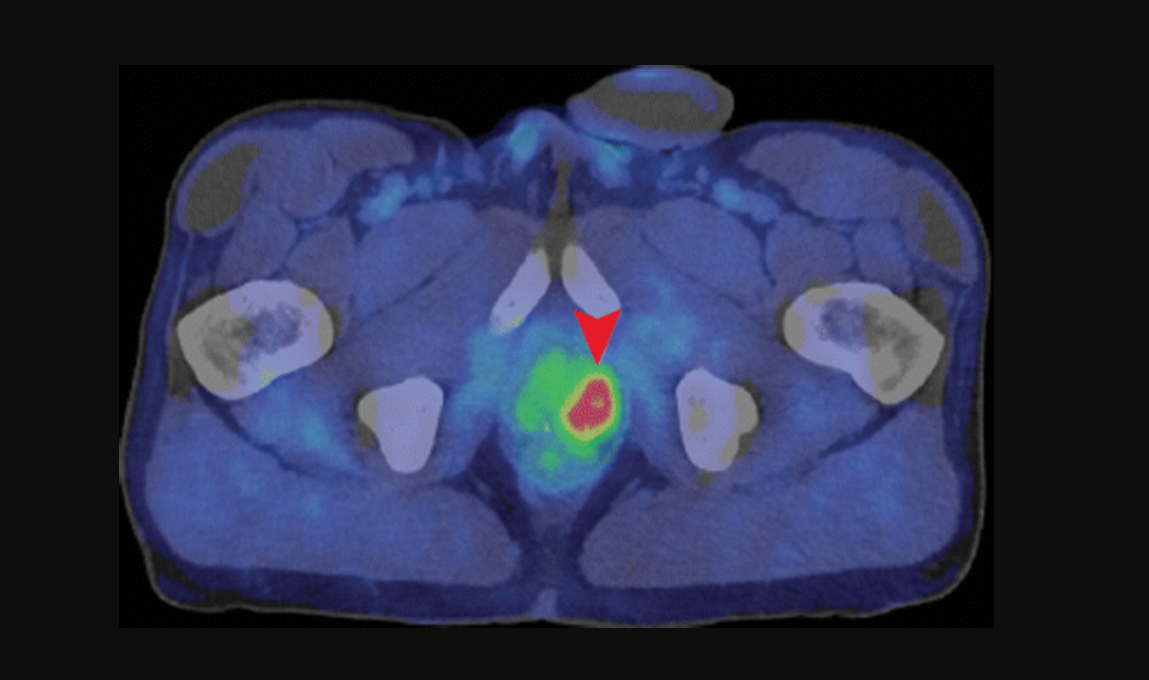 The decision to offer radiation after prostatectomy for patients with recurrent prostate cancer is quite complex, and failure rates remain high. There is a need for more accurate radiation therapy decision-making as well as treatment planning — an area where conventional imaging has significant limitations. However, researchers think there may be a role here for molecular imaging.

Findings from the randomized phase II/III Emory Molecular Prostate Imaging for Radiotherapy Enhancement (EMPIRE)-1 trial (NCT01666808) stated that among patients whose prostate cancer had returned after surgical removal of their prostate, 75.5 percent whose treatment integrated the PET molecular imaging were disease-free after three years, compared to 63 percent who had conventional imaging techniques used to plan their treatment. (See Figure 1.) The increased survival rate continued for up to four years.

“The decision to offer post-prostatectomy radiation therapy is complex, because conventional imaging can leave unanswered questions on the best approach to treatment planning,” said Jani, who is co-principal investigator of the study, at ASTRO20. “What this research has found is that integrating advanced molecular imaging into the treatment planning process allows us to do a better job of selecting patients for radiation therapy, guiding radiation treatment decisions and planning, and ultimately keeping patients’ cancer under control.”

Co-principal investigator David M. Schuster, M.D., a nuclear radiology specialist and professor at Emory University who collaborated with Jani on the study, said in a press statement, “This is the first study of its kind to look at the role of PET in influencing a cancer control endpoint. That’s a very high bar for an imaging study.”

Other than skin cancer, prostate cancer is the most common cancer in American men, according to statistics from the American Cancer Society (ACS). The ACS estimates that through 2021 in the United States, there will be approximately 248,530 new cases of prostate cancer, and about 34,130 deaths. An estimated one in nine men will be diagnosed with prostate cancer in his lifetime.

According to Jani, removing all or part of the prostate is a common treatment, but for 20-40 percent of men, prostate specific antigen (PSA) levels may rise after surgery, signaling a return of cancer cells, and failure rates for post-surgical radiation treatments remain high. “This is prostate cancer that, by virtue of being recurrent, has demonstrated its capacity to be aggressive,” he said.

The study explains that conventional imaging techniques, such as bone scans, computed tomography (CT) or magnetic resonance imaging (MRI), are typically used to guide radiation therapy decisions and treatment plans for these recurrent cancers by identifying if tumors are present in the body. Molecular imaging with PET scans instead looks for higher levels of injected radiotracer activity within cancer cells, which has been effectively used to guide treatment of many cancers by more accurately detecting the presence and location of developing tumors. Though previous PET studies have led to changes in how prostate cancer is managed, an ensuing improvement in patient outcomes had not been demonstrated until this point, according to the study.

This study used a type of PET known as [fluorine-18, or 18F] fluciclovine (brand name Axumin). Jani explained that for this scan, patients were given radioactive tracers containing a synthetic amino acid. Because cancer cells use more amino acids than other cells, the cancer is more easily detected when it accumulates more of this type of radiotracer.

“This is a jump ahead of the traditional way of looking at things,” said Jani. “It helps us to pinpoint the location of the prostate cancer recurrence.” Research by the team previously established a role for fluciclovine in guiding post-prostatectomy radiation therapy treatment decisions and target volumes.

The EMPIRE-1 trial enrolled 165 patients who had undergone prostatectomies and later showed abnormal PSA blood test scores, indicating their cancer was returning. All patients underwent conventional imaging for initial treatment planning. Jani explained that patients were then randomized into two groups; the first group received radiation therapy based on these initial treatment plans, and the other group was given fluciclovine PET scans and treated based on the additional findings.

According to the research, after three years, patients who were treated based on the more advanced imaging results had a higher disease-free survival rate (p=0.003), which persisted for four years (51 percent for those in the conventional arm, versus 75.5 percent in the advanced imaging arm, p<0.001, according to the study). There were no significant differences in provider-reported severe genitourinary or gastrointestinal side effects between the two arms. The researchers attributed the improved outcomes to better patient selection, by excluding patients with extra-pelvic disease who are more susceptible to failure, and better definition of the tumor and treatment field. (See Figure 2.)

In Search of a Better Cure

“The reason we did this research was because we were frustrated that we could not get better cure rates for patients with this type of cancer,” said Schuster in a written statement. “We thought one of the factors involved may be the sensitivity of the imaging tests used for planning radiation therapy. We thought this new PET test, with its greater sensitivity for detecting prostate cancer, would translate into a better cure rate, as well. We believed there would be some effect, but were pleasantly surprised by the strength of the findings.” (See Figure 3.)

Fluciclovine was approved for use by the U.S. Food and Drug Administration (FDA) about halfway through the study in 2016. It is now widely accepted for the restaging of recurrent prostate cancer with inclusion in the National Comprehensive Cancer Network (NCCN) guidelines, but has not been widely adopted as the standard for planning treatment in this patient population, according to Jani.

“Before a patient is considered for radiation therapy to treat prostate cancer that has returned after surgery, the doctor should not rely on traditional imaging alone, but should also use advanced molecular imaging. Doing so will help determine if radiation therapy is appropriate for that patient and, if so, more precisely plan how to target his disease,” said Jani.

The collaborative team led by Jani and Schuster is continuing its investigation of whether a newer type of PET scan, which uses a radiotracer to target a receptor on the surface of prostate cancer cells, could be even more effective than fluciclovine in improving cancer control in an EMPIRE-2 study. The newer scan, PSMA, is not yet FDA approved.

“Fluciclovine PET has become the best available test,” concluded Schuster in a released statement. “But now there’s an even newer kid on the block. In EMPIRE-2, we’re building on the results of EMPIRE-1 by comparing PSMA with fluciclovine to see which one of these radiotracers improves cancer control better.”