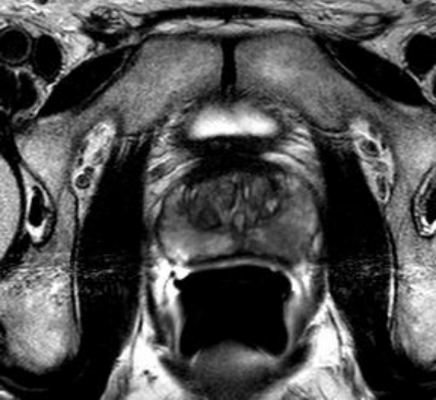 October 24, 2020 — A study from Winship Cancer Institute of Emory University (Winship) has the potential to change how patients whose prostate cancer recurs after prostatectomy are treated. The study will be featured in both the plenary session and press program of the American Society for Radiation Oncology (ASTRO) Annual Meeting on Monday, October 26.

The Emory Molecular Prostate Imaging for Radiotherapy Enhancement, or EMPIRE-1 trial (NCT01666808), is the first randomized trial of men with prostate cancer with recurring cancer to show that treatment based on advanced molecular imaging can improve disease-free survival rates. The molecular imaging agent used in the study, the radiotracer fluciclovine (18F) PET, was invented and developed at Emory and Winship.

The phase II/III trial was led by Winship radiation oncologist and prostate cancer specialist Ashesh B. Jani, M.D., MSEE, FASTRO, and Winship nuclear radiology specialist David M. Schuster, M.D., FACR. The trial enrolled 165 patients whose cancer recurred after having undergone prostatectomies. One group received radiation therapy based on conventional imaging. The other group received treatment that was finalized based on imaging with the fluciclovine PET radiotracer. Those whose treatment was adjusted according to the results of the advanced molecular imaging showed an improvement in the cancer control end point.

"At three years, the group getting treatment guided by PET fluciclovine had a 12 percent better cancer control rate, and this persisted at four years as well, with a 24% improvement," said Jani. "We think the improvement was seen because the novel PET allowed for better selection of patients for radiation, better treatment decisions, and better radiation target design."

The study, "Initial Report of a Randomized Trial Comparing Conventional- vs Conventional plus Fluciclovine (18F) PET/CT Imaging-Guided Post-Prostatectomy Radiotherapy for Prostate Cancer," is one of only three studies featured in the ASTRO Plenary session, which highlights abstracts deemed to have the highest merit and greatest impact on radiation oncology research and practice.

"We knew that diagnostic performance of this PET radiotracer was better than conventional imaging. We also knew it changes management. But did it change management in the right direction? This study has allowed us to take it one step further and determine if using this imaging influences outcomes for the better. And it does," said Schuster.

The study used a type of PET known as fluciclovine (fluorine-18, or 18F) which was invented by a multidisciplinary team at Emory and is now commercialized by Blue Earth Diagnostics.

Fluciclovine was originally developed by Mark M. Goodman, Ph.D., Winship researcher and professor of radiology and imaging sciences at Emory University School of Medicine, and colleague Timothy Shoup, Ph.D., currently at Massachusetts General Hospital. In 1999, Goodman, Shoup, and Winship neurosurgeon Jeffrey J. Olson, M.D., published a study on the use of fluciclovine for brain tumor imaging.

Over a decade ago, researchers decided to explore if fluciclovine could also work for prostate cancer because of its low native urinary excretion. Jani and Schuster commenced a clinical trial in 2012 to determine if fluciclovine could be used to guide radiotherapy decisions and treatment volumes post-prostatectomy.

The technology was licensed to Blue Earth Diagnostics in 2014, and in 2016 the U.S. Food and Drug Administration approved the use of fluciclovine to diagnose men with recurrent prostate cancer with elevated blood levels of prostate-specific antigen after previous treatment. It is the first FDA-approved fluorinated PET radiotracer (trade name Axumin) for prostate cancer staging.

Funded by a $2.2 million grant from the National Institutes of Health, Jani and Schuster began the EMPIRE-1 trial in 2012 to further establish the role of advanced molecular imaging with fluciclovine in post-prostatectomy decision-making and treatment volumes. Jani and Schuster say the work behind this study represents the best of team science.

"The invention and development of this imaging technology speaks to the strength of collaborative science and breadth of expertise at Winship," said Winship Executive Director Walter J. Curran, Jr., M.D. "This study would not have been possible without Winship's comprehensive cancer center infrastructure."

Jani and Schuster are leading another NIH-funded ($3.7 million) trial, EMPIRE-2, to investigate a newer type of advanced molecular imaging, PSMA or prostate specific membrane antigen PET. The new radiotracer targets a receptor on the surface of prostate cancer cells. Investigators hope to discover whether this newer type of PET scan could be even more effective than fluciclovine in improving cancer control for prostate cancer patients with recurring cancer.