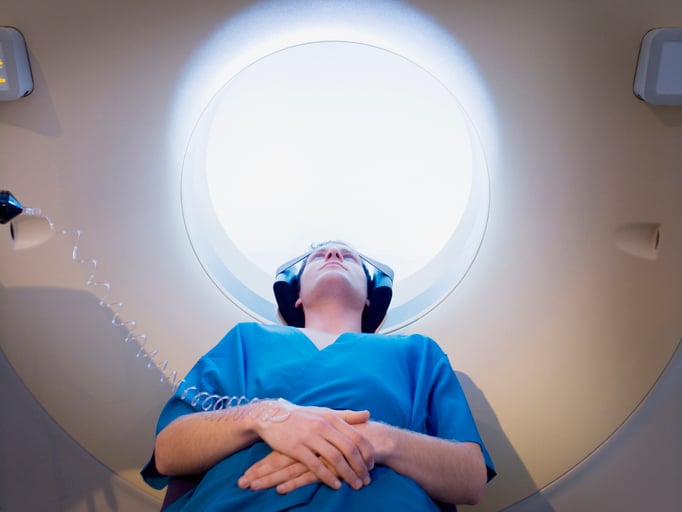 Magnetic resonance imaging (MRI) is used to assess, identify and track a variety of medical disorders. Radio waves, a strong magnet and a processer are used in an MRI examination to provide detailed images of the internal body components. Strong magnetic fields are used to alter the spin of atoms in the body. Radio waves pick up these minute changes, and the data is processed by MRI systems, which then create images of the body’s soft tissues, including the brain and blood vessels.

When a person needs regular imaging for diagnostic or treatment monitoring, especially of the brain, MRI is the imaging test of preference because it doesn’t use X-rays or other radiation. A strong magnetic field, radio waves and a computer are used in magnetic resonance imaging of the person to create precise images of the body’s interior.

Doctors can evaluate the tissues, organs and skeletal system using MRI in a noninvasive manner. It creates detailed pictures of the inside of the body that aid in diagnosing many conditions. The functional MRI of the brain is a unique variety of MRI. It creates visual representations of blood flow to particular brain regions. It can be used to investigate the brain’s structure and identify its regions responsible for crucial functions. This aids in locating crucial language and motor control regions in the brains of patients who may undergo brain surgery. Functional MRI is also used to evaluate the damage caused by conditions like head injuries or Alzheimer’s disease.

Nuclear magnetic resonance (NMR) is the name of the atom-spinning phenomenon. Although it was initially noticed in the late 1930s, it took until the 1970s for the NMR technology to find use in medicine. NMR was changed to MRI because the word “nuclear” frightened patients. The mathematical methods that made MRI a practical, fast imaging tool were created by Peter Mansfield. In 2003, chemist Paul Lauterbur and Mansfield shared the Medical Nobel Prize in physiology of medicine. American physician and scientist Raymond Damadian is another MRI pioneer. He realized that MRI could be used to help diagnose illnesses in 1971. Signals from cancerous tumors were distinct from those from healthy tissue. Damadian created the “Indomitable,” the first whole-body MRI scanner, in 1977. There are now more than 60 million MRI tests performed each year.

How Does an MRI Scan Work?

The MRI machine is a sizable, cylindrical (tube-shaped) device that emits radio wave pulses from a scanner while producing a strong magnetic field all around the patient. While some MRI machines resemble confined tunnels, others are more open. The molecules in the body align similarly due to the MRI scanner’s powerful magnetic field. The MRI equipment then emits radio waves, which cause these atoms to shift from their initial positions.

The atoms move back to their initial positions and emit radio signals as the radio waves are switched off. A computer receives these signals and transforms them into a picture of the body portion being studied. This picture can be seen on a monitor. Instead of computed tomography (CT), MRI may be used to examine organs or soft tissue. The ability of MRI to distinguish between different soft tissue types and between normal and pathological soft tissues is improved. Additional magnetic resonance technology has benefited from the development of newer applications for MRI. MRA, or magnetic resonance angiography, assesses artery blood flow. Brain aneurysms and vascular malformations, or abnormalities of blood arteries in the brain, spinal cord, or other body regions, can be seen with MRA.

Patients are not exposed to the negative effects of ionizing radiation since MRI pictures are created without any radiation. While there are no identified health risks from brief exposure to the MRI environment, certain safety concerns are associated with the presence of radiofrequency energy, a strong, static magnetic field, and a magnetic field, i.e., the pulsed gradient field that changes over time.

Adverse MRI scan occurrences are quite uncommon. There are millions of MRI scans performed each year in the U.S. The FDA gets about 300 adverse reaction reports for MRI scanners and coils annually. Most of these complaints are about burning or thermal injuries. Second-degree burns are the most typical problem. There have also been reports of patient falls, crushed and pinched fingers from the patient table, injuries from projectile objects, hearing loss and ringing in the ears.

As with healthcare, MRI devices and equipment are estimated to evolve in the future with the implementation of new technologies. One of the most recent advancements in MRI equipment is now housed at Dartmouth Hitchcock Clinics. The Siemens Healthineers-created Innovision system at the Manchester Clinic location is the first of its kind to be set up in the country. The clinic allows patients to watch television as their MRI is being done, making the experience more bearable and especially beneficial for children. Innovision allows patients to hear their favorite music and voice commands from the MRI technologist. The Dartmouth Health Children’s Child Life Program provided unrestricted philanthropy funds to purchase this system.