This article appeared as an introduction to a Comparison Chart on Digital Radiology Systems in the January/February 2013 issue. 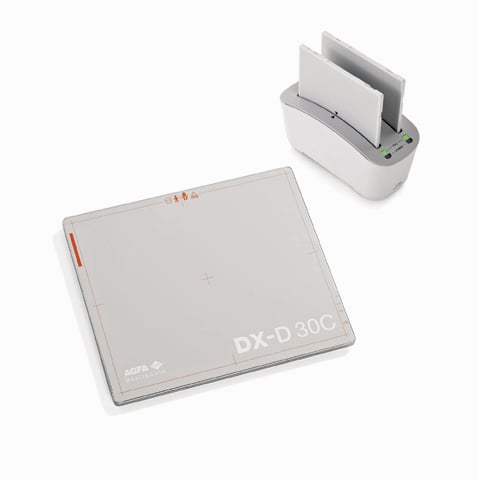 Just a few years ago, the debate in radiology departments about workhorse X-ray systems was whether to convert from analog film to computed radiography (CR) cassettes and digital readers, or to direct imaging digital radiography (DR) systems. Today, there is no doubt DR has won that debate and is being widely adopted, and CR is falling out of favor.

Retrofitting existing X-ray systems with CR was seen as a logical step, as it simply replaced film cassettes for digital ones and replaced darkroom processing with a CR digital reader where each cassette needs to be plugged in to download its image. The workflow is basically the same as it has been with film, but CR eliminates the need for darkrooms and increases the speed to image delivery.

DR systems directly transfer the image from the X-ray machine into the PACS system, eliminating the need for multiple cassettes or to plug each one into a reader, allowing for nearly instantaneous delivery. Seeing images immediately in the X-ray room can be a significant time saver, reducing retakes and speeding patient throughput.

While DR has advantages over CR, the biggest issue blocking wider adoption has been its cost. CR cassettes cost a few thousand each, while DR detectors cost around $100,000 each. In addition, if a CR cassette is dropped and broken, you simply use another cassette, while if a DR panel is broken, it can put an X-ray room out of commission. Consumer confidence in DR has been boosted in recent years with several vendors offering to replace broken DR detectors within the first year or so after they are purchased. New designs have also improved the durability of the newer detectors.

Over the past two years, conversion to DR has been rapidly picking up pace to replace CR and analog systems. This is partly due to increased competition between vendors, helping lower prices on DR detectors as several new DR products entered the U.S. market over the past year. Wireless DR detectors also entered the U.S. market recently, now enabling the versatility and mobility that was seen as a positive attribute with CR detectors and analog film cassettes. In its most recent market report on X-ray technology, KLAS said wireless is helping drive DR adoption, as it allows a relatively low cost to retrofit existing X-ray systems, and wireless panels make it easier to implement. KLAS also said the wireless detectors help patient throughput and workflow, and maintain a high return on investment.

In view of the current cost-conscience healthcare environment, vendors are attempting to offset the cost of DR panels with smaller hospitals by pushing the idea of purchasing a single, lightweight, wireless detector. Vendors say one DR detector can easily be swapped out between wall and table Buckys in an X-ray exam room, or even used for mobile X-ray work later in the day.

The weight of the DR detectors has decreased, enabling better ease-of-use. The most recent iteration of DR detectors weigh between 6 and 9 pounds.

The ease and speed of DR retrofitting today is also attractive, with the ability to convert portable analog units to DR in as little as a morning or afternoon. One of the improvements in some vendor’s DR technology to make the quick turnaround times possible is eliminating the need for a generator-detector interface. Several detectors on the market now simply activate once photons from the X-ray source strike the plate.

Improvements also have been made in terms of DR image quality, allowing lower doses to be used and even offering the potential for DR to be used for diagnostic studies that otherwise might have been sent for computed tomography (CT).  Being a digital technology, DR originally had issues with electronic noise from its own circuitry being added to images, but hardware and software advances have greatly reduced noise. Other advances have improved image quality beyond what could be expected with film.

Examples of this include Konica Minolta’s Aero DR wireless 17- x 17-inch flat panel detector, which incorporates a cesium iodide (CsI) scintillator with ultra-high detector quantum efficiency (DQE). These detectors feature a low-power circuitry design, which decreases read-out noise and further raises quantum efficiency. Fujifilm’s Irradiation Side Sampling (ISS) technology is designed to improve DQE by reducing the distance for light signals to reach the sensing electronics. By reducing scatter and blur, it produces ultra-sharp detail even at very low X-ray exposure. As a result, the company claims its FDR D-EVO cesium detector achieves as much as 20 percent higher DQE performance compared to other detectors.  itn 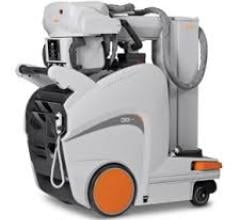 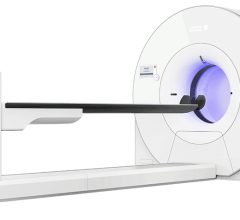