This article appeared as an introduction to a Comparison Chart on Breast MRI Systems in the March 2013 issue. 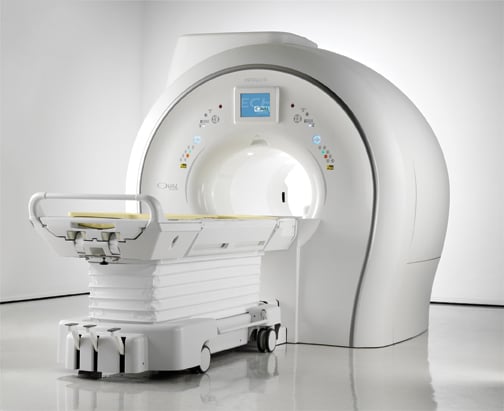 Increasing research on women with dense breasts is having a positive effect on imaging modalities. It is estimated that between 30–40 percent of women in the United States have dense breasts. Because fatty breast tissue makes it difficult to identify breast tumors on standard mammography exams until very advanced stages, dense breasts are a strong independent factor for breast cancer. Research has shown that it is beneficial for this population of women to invest in additional imaging.

Due to the strong independent factor for cancer, Connecticut, New York, Texas, California and Virginia have passed legislation requiring radiologists to tell women if they have dense breasts, and to advise them of what additional imaging, besides mammography, is needed for proper diagnosis and effective care. Ten other states also have similar legislation pending, and the U.S. Food and Drug Administration (FDA) has drafted a publication that, when released, will lay out a standard of care.

Many women are turning to breast magnetic resonance imaging (MRI) for additional screening. MRI is one of the fastest growing imaging modalities because of its image consistency and specificity. According to Christian Geppert, Ph.D., Siemens Medical Solutions research and development collaborations manager at NYU Medical Center, of all the modalities used to perform breast imaging — including automated whole-breast ultrasound and contrast-enhanced mammography — MRI has the highest sensitivity and the widest range of possibilities. And unlike ultrasound, which is a manual process, MRI delivers more consistent results.

There are a range of MRI systems available across all platforms including 1.5T and 3.0T scanners, plus a variety of accessories. A range of coils is available including very homogeneous, high signal intensity coils and coils capable of doing breast biopsy. While MRI scanners come in many sizes, Geppert said in the United States, many radiologists opt for a wide-bore system (70 cm). This system provides more patient comfort, and a large percentage of people can fit into the scanner, including larger women.

With simple modifications of the way data is acquired, there are existing technologies for breast MRI that radiologists can use on existing systems. In addition to traditional contrasts, such as T1 or T2 weighting, diffusion-weighted imaging (DWI) is a technique that has become more prevalent. “Diffusion-weighted imaging was first used in stroke patients, but soon radiologists discovered that in tumors, water has restricted diffusion lengths,” said Geppert. The technique was introduced about 10 years ago for breast imaging. He explained that if you apply a sequence that is sensitive to the diffusion (water mobility), you can get an image that is highly sensitive to this kind of cell cluster. DWI gives radiologists a different view to either confirm or negate T1 and T2 weighted images.

Another technique available for breast MRI, and beneficial to women with dense breasts, is the Dixon technique. This technique allows radiologists to get two sets of images: one with the fat tissue, and one with water and any possible tumors.

Traditional breast MRIs can take from 20–40 minutes, much longer than standard mammograms. Several new, faster MRI technologies have evolved over the last year to decrease exam time. One such technique is the time-resolved angiography with interleaved stochastic trajectories (TWIST) sequence, which Geppert said enables much faster data acquisition in breast imaging and is flexible on how to set the balance between spatial and temporal resolution. The TWIST sequence allows the MRI to acquire the highest spatial resolution, and at the same time see the contrast uptake over time as fast as possible. If the image is captured at the right moment, it will show just the arteries and possible tumors.

Another way that MRI is increasing in speed is with the use of high channel coils — 16 or even 18 channel diagnostic breast coils. These coils also allow for higher temporal resolution.

For most, breast MRI is expensive, and therefore difficult to get reimbursed. However, this is changing due to the increasing number of women reported to have dense breasts. According to Geppert, “There are a number of settings for which reimbursements are available, for example, high-risk patients and those with dense breasts. Annually, these patients will have both breast MR and mammography, and insurance companies will pay for it.”

Breast MRI exams can also be complicated. But recently the day optimizing throughput (Dot) technology was introduced to make it easier for radiology technologists to perform the breast exam. “Dot technology offers guidance and instructions with images throughout the scanning process. It provides example images and helps guide MR techs through the procedure,” said Geppert. “The Dot engine helps the user to know what they should be looking for and what adjustments need to be made, and ultimately can reduce the number of scans that must be repeated because of such errors.”   itn