Women Prefer Getting Mammograms Every Year

A new study presented at RSNA shows women prefer to get mammograms annually rather than every two years, which is recommended for women over age 50. 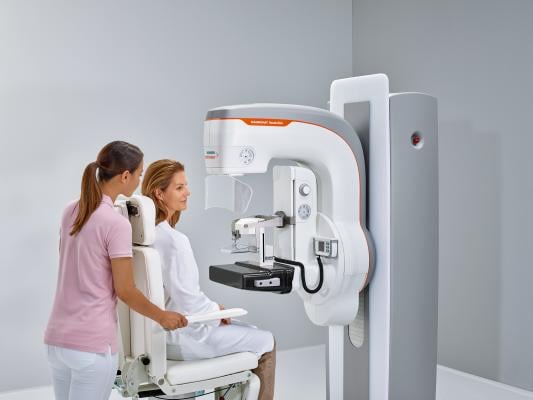 January 9, 2018 – Women prefer to get their mammograms every year, instead of every two years, according to a new study presented at the annual meeting of the Radiological Society of North America (RSNA), Nov. 26-Dec. 1 in Chicago.

“Women understand that yearly mammograms have been shown to save lives and do not consider previously reported ‘harms’ to be as important as getting screened,” said study author Ghizlane Bouzghar, M.D., chief radiology resident at Einstein Medical Center in Philadelphia.

For years, the standard recommendation among most medical groups was that women at average risk of breast cancer undergo screening mammography annually beginning at age 40.

However, in 2009, the U.S. Preventive Services Task Force (USPSTF) issued a controversial recommendation that women at average risk be screened biennially, or every two years, beginning at age 50. This recommendation, reaffirmed in 2016, was based in part on the “harms” associated with screening mammography.

These harms, as defined by the USPSTF, include diagnosis and treatment of noninvasive and invasive breast cancers that would otherwise not have become a threat to a woman’s health and the unnecessary biopsies and associated anxieties resulting from false-positive results.

Others argue that while reducing over-diagnosis and false positives are a priority, the benefits of early detection far outweigh the negative factors associated with the perceived harms. Absent from the debate has been one notable opinion: that of the women being screened.

Bouzghar and colleagues at Einstein set out to determine whether women preferred annual or biennial screening and to investigate whether or not reported harms of mammography influenced this preference.

The research team surveyed 731 women (mean age 59) undergoing screening and diagnostic mammograms at Einstein from December 2016 to February 2017. Women were asked whether an abnormal mammogram or breast biopsy causes emotional harm, whether screening every two years was associated with less or more anxiety, and whether they preferred to have a screening mammogram every other year or every year.

Variables such as the patient’s age, race, family and personal history of breast cancer, prior biopsies and abnormal mammograms, and underlying anxiety disorder were also included.

Of the women surveyed, 71 percent preferred getting screened every year. A family history of breast cancer and prior breast biopsy were the only two variables to have an additional positive influence on annual screening preference.

“Many women are much better educated about the value of screening mammography than they are given credit for,” Bouzghar said. “I also think that some of the USPSTF’s concerns about the ‘harms’ were somewhat paternalistic, and in 2017 women are more empowered about many things, including their healthcare.”