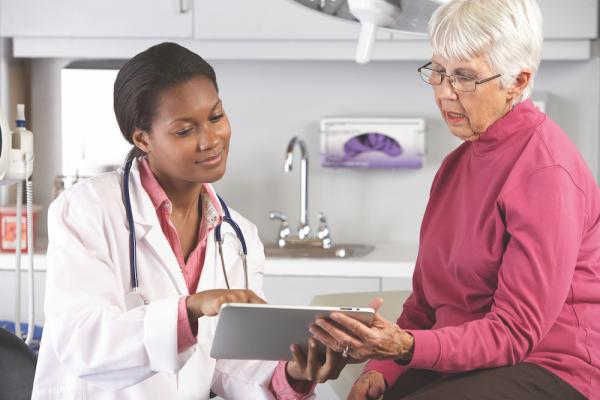 April 5, 2018 — Wisconsin Gov. Scott Walker made the Badger State the 35th state to report dense breast tissue to patients as part of the mammography reporting results by signing the legislation into law April 3.

The law’s provisions require mammography facilities to notify patients when they are determined to have dense fibroglandular breast tissue. The notification must state that dense breast tissue can make it harder to detect cancer on a mammogram, and that dense tissue increases the risk of developing breast cancer.

The bill was championed by Rep. Mike Rohrkaste and Sen. Alberta Darling.  The law becomes effective as soon as it is published.

Wisconsin’s legislation is the fourth breast density reporting law to hit the books in 2018. The governors of Utah, Washington and Florida signed bills into law in February.

"I am honored to have authored this bill, which will provide Wisconsin women with more information regarding their breast health. Early detection, prevention and awareness of breast cancer are imperative, and this legislation helps to further those goals. I would like to thank my constituent, Gail Zeamer, who brought this legislation to light and has been a fierce advocate from the start," said Rohrkaste.

Wisconsin resident Gail Zeamer contacted Rohrkaste after her stage 3C breast cancer diagnosis within months after her normal 3-D mammogram.  Her healthcare providers ultimately disclosed to her that dense tissue hid her cancer on her 3-D mammogram.

Gail added, “When I began my cancer journey, I never imagined it would lead to advocacy and change on such a wide-reaching level. It has been an honor and a privilege to work with Rep. Mike Rohrkaste and Sen. Alberta Darling on this bill. With the passing of this law, my sincere hope is that all women in Wisconsin will have equal access to breast health information at the point of a mammogram. Notification leads to awareness, education and individual choice. All of these will benefit women, leading to earlier diagnosis, less intense treatment, and overall greater survival outcomes.”

Connecticut was the first state to enact a density reporting law in 2009, inspired by Nancy M. Cappello, Ph.D., after her advanced stage 3c breast cancer, metastasized to 13 lymph nodes, was discovered within weeks of her 11th normal mammogram. It was at this time that the impact of her dense breast tissue and its challenges to detect cancer by mammogram alone was revealed to her by her team of doctors.  Cappello joined Gail and other patient advocates in Madison, Wis., in February and provided expert testimony before the Senate Committee on Health and Wellness.

Cappello is the founder and director of two breast health non-profit organizations, Are You Dense Inc. and Are You Dense Advocacy, Inc.