June 9, 2010 – Vascular 2-D and 3-D software in development to improve imaging workflow and productivity is being demonstrated during the 2010 Annual Vascular Meeting, sponsored jointly by the Society of Vascular Surgeons (SVS) and Society of Vascular Ultrasound (SVU).

Medipattern Corp. created a variety of ultrasound applications, including the planned Vascular iQ, and 3-D Visualize:Vascular series. These applications will be show in "case of the day" reviews displayed by Navix Diagnostix Inc. at its booth.

Visualize:Vascular allows the visualization of both the vessel and its contents, potentially broadening its application in vascular treatment options.

"Through vessel segmentation and 3-D rendering, Visualize shows clinicians a view of ultrasound imaging from a holistic perspective. For example, the entire carotid artery from the common carotid artery through internal carotid artery is reconstructed as a separate image that can be turned around and viewed from different angles,” said Angela Rodriguez-Wong, M.D., RVT, from Navix Diagnostix. “Prior to Visualize, ultrasound images of this area are displayed as separate slices through the neck that the clinician essentially uses to create a 3-D picture in their mind. Visualize enables us to see the morphology of the artery alone and then goes beyond this to show the structure within the artery walls, thickening and blockages. Current practice is to measure flows and from this data to infer stenosis. Blockage is inferred from lack of flow. Understanding the type and structure of the blockage will enable clinicians to better tailor the treatment to each patient's condition."

At the conference the companies are gathering feedback from surgeons, radiologists and cardiologists, as well as sonographers. This information will guide development of the product before it is submitted for U.S. Food and Drug Administration (FDA) review. 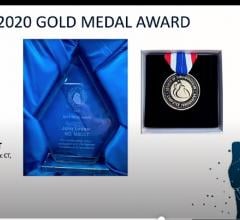 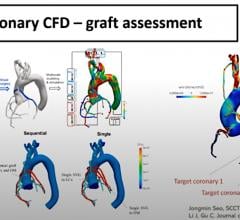 Sheer stresses on the walls of arteries are believed to cause the formation atherosclerotic plaques. This is an area of research that is expected to see increased use in the next few years. This study was presented at SCCT 2020 as an example of how sheer stresses can help evaluate and predict the patency of coronary artery bypass grafts (CABG). 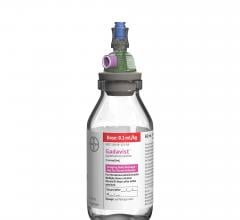 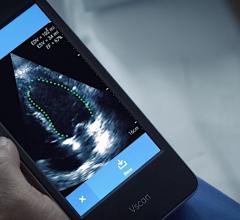