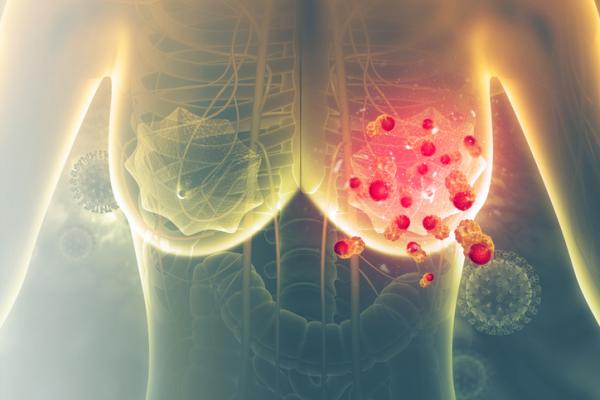 December 14, 2020 — Among patients with breast cancer treated with radiotherapy, under-recognition of symptoms was common in reports of pain, pruritus, edema and fatigue, with younger patients and Black patients having significantly increased odds of symptom under-recognition, according to data presented at the 2020 San Antonio Breast Cancer Symposium, held Dec. 8-11.

"Recognizing side effects is necessary for physicians to provide supportive care to help patients manage their symptoms," said Reshma Jagsi, M.D., D.Phil, the Newman Family Professor and deputy chair of the Department of Radiation Oncology and director of the Center for Bioethics and Social Sciences in Medicine at the University of Michigan.

The researchers compared patient-reported outcome (PRO) evaluations with physician Common Terminology Criteria for Adverse Events (CTCAE) assessments among 9,868 patients with breast cancer who were treated with radiotherapy after lumpectomy at 29 practices across Michigan that are enrolled in the Michigan Radiation Oncology Quality Consortium (MROQC). Patient and physician ratings of four symptoms were collected independently and compared: breast pain, pruritus (itchy skin), edema (swelling) and fatigue.

Under-recognition of pain, pruritis, edema, and fatigue was found in 30.9 percent, 36.7 percent, 51.4 percent, and 18.8 percent of reports in patients having substantial symptoms, respectively.

Among the 5,510 patients who reported at least one substantial symptom during radiotherapy, 53.2 percent had under-recognition of at least one of the four symptoms.

Compared with patients ages 60-69, patients younger than 50 and patients ages 50-59 had 35 percent and 21 percent increased odds of symptom under-recognition, respectively.

Other factors associated with symptom under-recognition included patients not treated with a supraclavicular field (radiation directed at an area of lymphatic drainage) and patients treated with conventional fractionation (compared with hypofractionation).

"It is possible that there is a misconception among medical professionals about the pain tolerance of patients based on age and race," Jagsi noted. "Our study identifies some concerning patterns that need to be evaluated in future research, along with opportunities for intervention to improve the quality and equity of cancer care delivery," she added.

"Improving symptom detection is a potential way to reduce disparities in cancer treatment experiences and outcomes, at least in the setting of breast radiation therapy," Jagsi said.

Limitations of the study include its observational nature.

This study and MROQC were sponsored by Blue Cross Blue Shield of Michigan (BCBSM) and the Blue Care Network as part of the BCBSM Value Partnership program. Jagsi receives support from the Susan G. Komen Foundation and the National Institutes of Health (NIH).

Jagsi has stock options as compensation for her advisory board role in Equity Quotient, a company that evaluates culture in health care companies. Jagsi has received personal fees from Amgen and Vizient and grants for unrelated work from the NIH, the Doris Duke Foundation, the Greenwall Foundation, the Komen Foundation, and BCBSM for the MROQC. Jagsi has a contract to conduct an investigator-initiated study with Genentech. Jagsi has served as an expert witness for Sherinian & Hasso and Dressman Benzinger LaVelle law firms, and she is an uncompensated founding member of TIME'S UP Healthcare and a member of the Board of Directors of the American Society of Clinical Oncology.