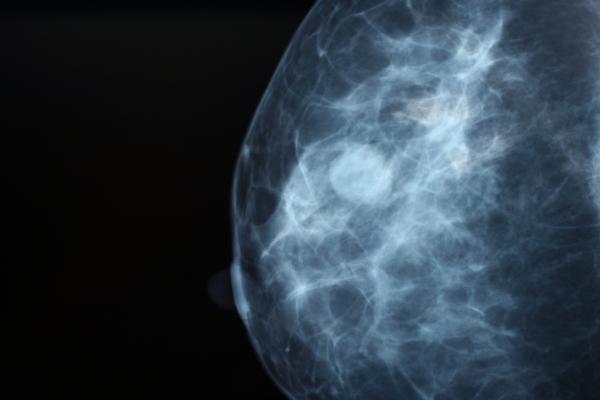 October 24, 2022 — A three-week course of radiation therapy is as safe and effective as four to six weeks of treatment for patients with early-stage breast cancer who have a higher risk of having their tumors recur, results of a randomized phase III clinical trial show. Delivering fewer, but higher, doses of radiation following lumpectomy, while concurrently delivering a radiation boost to the surgical site, led to similar outcomes as a longer course of treatment. Findings of the NRG Oncology/RTOG 1005 trial (NCT01349322) will be presented today at the American Society for Radiation Oncology (ASTRO) Annual Meeting.

“Adding a radiation boost reduces the likelihood of tumor recurrence in the breast by 20 to 30%, but delivering that boost after hypofractionated radiation therapy adds another week to treatment. This can be challenging for patients who need to take time off work or travel long distances for treatment,” said principal investigator (PI) Frank A. Vicini, MD, FASTRO, a radiation oncologist and National Director of Research & Breast Care Services at GenesisCare.

This trial sought to determine if the boost could be delivered just as effectively at the same time as the shortened treatment course without increasing side effects or causing cosmetic damage. “We wanted to know whether the results that we’ve seen with lower-risk disease really apply to people with higher-risk disease, who are the majority of patients we see in clinic,” said Dr. Vicini. “And the answer is, they do. Three weeks of radiation after lumpectomy is just as effective for patients who have a higher risk of recurrence as it is for lower risk patients.”

At a median follow-up of 7.3 years, there were 56 in-breast recurrences among nearly 2,300 study participants. The three-week treatment was found to be non-inferior to the longer treatment for the study’s primary endpoint, tumor recurrence in the breast (hazard ratio 1.32, 90% confidence interval 0.84-2.05, p=0.039). The five-year and seven-year recurrence rates were 1.9% and 2.6% following hypofractionated/concurrent boost treatment, compared to 2.0% and 2.2% following conventional/sequential boost treatment.

There also were no significant differences in cosmetic appearance or side effects between the groups. Cosmetic outcomes at three years post-treatment were rated by physicians as excellent or good for 84% of patients in the hypofractionated/concurrent boost arm, compared to 86% in the conventional/sequential boost arm. Severe (grade 3 or higher) side effects were uncommon for both groups, experienced by 3.5% of patients after shortened treatment and 3.3% after conventional treatment.

“This approach cuts treatment time for these patients in half,” said Dr. Vicini. “Now the comfort level is there to say to higher-risk patients, ‘I can offer you this option, and it works just as well.’”

Increased understanding of how to treat breast cancer and advances in treatment technologies are likely behind the low rates of recurrence and side effects, said Dr. Vicini. “Through the years, the surgeries, the pathology reporting, the radiation, the chemotherapy – they’ve all gotten much better. We can deliver doses with much more sophistication. As a result, recurrence rates are going down as success rates are going up.”

This study also incorporated a multi-layered process for quality review across the hundreds of study sites. “Adding a concurrent radiation boost to whole breast treatment requires a high degree of sophistication, and we wanted to ensure that sites were able to deliver the concentrated doses accurately. All cases enrolled on the study were reviewed by one of the PIs,” said Dr. Vicini.

Questions to be answered next for the research team include whether more patients, such as those whose cancer has spread to the lymph nodes, can benefit from the three-week approach, as well as whether treatment time can be shortened even further. Research from the United Kingdom, for example, is testing a one-week course of radiation for lower-risk patients.