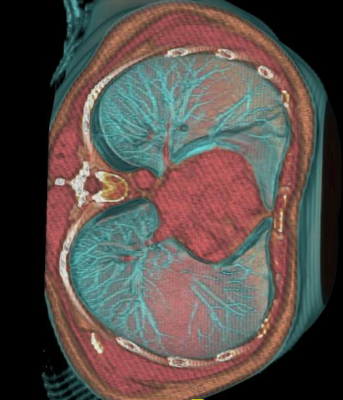 March 25, 2014 – As long as inexpensive statins, which lower cholesterol, are readily available and patients do not mind taking them, it does not make sense to do a heart comuted tomography (CT) scan to measure how much plaque has built up in a patient’s coronary arteries before prescribing the pills, according to a new study by researchers at UC San Francisco.

The researchers created a statistical model to predict whether or not it made sense to do the scan, using data from the Multi-Ethnic Study of Atherosclerosis and other sources. They modeled the effects of statin treatment in 10,000 55-year-old women with high cholesterol and a 10-year risk of coronary heart disease of 7.5 percent. The model predicted that giving statins to all of them would prevent 32 heart attacks, cause 70 cases of statin-induced muscle disease and add 1,108 years to their cumulative life expectancy.
Then, they looked at how a coronary artery calcium test, or CAC test, could be used to target statin therapy only to those women who the CAC test showed were at heightened risk of coronary heart disease. They found that this strategy would save money on statin costs and expose fewer women to side effects from statins but would not prevent as many heart attacks. Moreover, the test itself exposes the women to a small risk of radiation-induced cancer and costs about $200 to $400 per scan.
The researchers concluded that as long as the price of a statin remained low — 13 cents a pill — and did not reduce quality of life for patients, it was not cost-effective to perform a CAC test to target the drug therapy only toward those at increased risk of coronary heart disease. But if the price of the pill were more expensive — $1 or more — or if taking them reduced patients’ quality of life, then it did make sense to use the CAC test.
The result is somewhat surprising, given all the evidence that has accumulated over the last decade that the test strongly predicts heart attacks, said the lead author, Mark Pletcher, M.D., MPH, an associate professor of epidemiology and biostatistics, and medicine, at UCSF. The study was published online March 11, 2014, in Circulation: Cardiovascular Quality Outcomes.
Traditional prediction models, such as the Framingham-based risk equations, work imperfectly, and doctors have long sought better ways to figure out which patients would benefit most from taking statins, which can cause side effects, such as muscle aches, decreased cognitive function and cataracts.
“The prevailing wisdom is that if you have a test that predicts heart attacks, you should use it,” Pletcher said. “But even a test that is strongly predictive of future events, like a coronary artery calcium scan, does not itself improve outcomes. If it is used to keep some people off of statins that would otherwise take them, then fewer people will get protection from using statins, and more people will have heart attacks.”
The study incorporated data from MESA and many other sources to create a cost-effectiveness model. The researchers tested whether changing the other model inputs made a difference, and it turned out that the only critical factors were the cost of statins and the degree to which they decreased quality of life for patients.
Other authors on the paper include Michael Pignone, M.D., MPH, of the University of North Carolina, Chapel Hill; Stephanie Earnshaw, Ph.D., and Cheryl McDade, of RTI International, Research Triangle Park, North Carolina; Kathryn A. Phillips, Ph.D., of the UCSF Comprehensive Cancer Center and the UCSF Center for Translational and Policy Research on Personalized Medicine; Reto Auer, M.D., MAS, and Lydia Zablotska, M.D., Ph.D,. of the UCSF Department of Epidemiology and Biostatistics; and Philip Greenland, M.D., of the Northwestern University Feinberg School of Medicine.
The study was funded by the National Heart, Lung and Blood Institute, the National Cancer Institute and the Swiss National Science Foundation. The authors did not declare any conflicts of interest.
For more information: circoutcomes.ahajournals.org