The researchers suggest that this disparity results from overuse in White children, with the root cause likely stemming from both patient preferences and implicit bias among providers 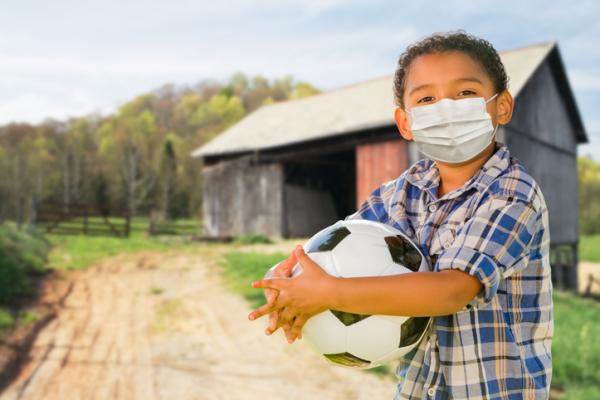 The researchers suggest that this disparity results from overuse in White children, though underuse in minority children probably plays a part as well. The root cause likely stems from both patient preferences and implicit bias among providers.

"Something else is going on here that's beyond the clinical, that's beyond the diagnoses," said study lead author Jennifer Marin, M.D., M.Sc., associate professor of pediatrics, emergency medicine and radiology at Pitt, and medical director of point-of-care ultrasound at UPMC Children's Hospital. "Cultural factors that come with people's race, gender, religion, etc., should not be associated with testing when getting that test is clearly not beneficial to the patient and potentially harmful."

The study, published in JAMA Network Open, used pediatric emergency department billing data from 52 hospitals across 27 states plus the District of Columbia from 2016 to 2019 to measure racial disparities across all types of diagnostic imaging. This is the largest, broadest study of its kind to date.

Even after controlling for confounding factors, such as health insurance, diagnosis and household income, the data showed that doctors were ordering significantly fewer imaging tests for Black and Hispanic children than for White children. The effect was even stronger among patients who weren't admitted to the hospital — suggesting they weren't severely injured or sick.

While the data cannot distinguish between a test that was warranted and a test that wasn't, prior research has shown examples of more frequent imaging in White children compared to other races, with no differences in clinical outcomes. The researchers suspect that the differences they see in testing are largely driven by unnecessary testing among Whites.

That's a concern because some forms of imaging, specifically computed tomography (CT) scans and X-rays, expose children to radiation, which likely increases their cancer risk.

False positives and waste in medical spending also are concerning when tests are being ordered unnecessarily.

"We may get an image and the radiologist may see something — and that something may not be of clinical significance — then the child has to be subjected to downstream testing and monitoring," Marin said. "That's an added burden and stress on the family and added cost on the healthcare system."