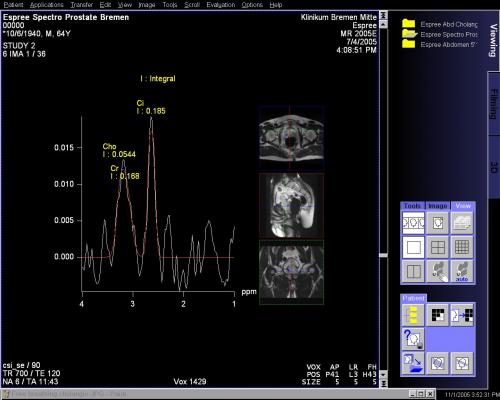 Active surveillance has become a viable option for many men with low-risk prostate cancer who choose not to undergo active treatment - including surgery or radiotherapy. During active surveillance, prostate cancer is carefully monitored for signs of progression through regular prostate-specific antigen (PSA) screening, prostate exams, imaging and sometimes repeat biopsies. If symptoms develop, or if tests indicate the cancer is more aggressive, active treatment may be warranted.

A Prospective, Longitudinal Active Surveillance Program for Favorable-Risk Prostate Cancer: Long Term Outcomes: Researchers from Johns Hopkins University, Baltimore, Maryland, found active surveillance appears to be a safer management strategy for men with "favorable risk" prostate cancer. "Favorable risk" patients are defined as patients with a Gleason score of six or less and a PSA level of 10 ng/mL or less. A long-term study evaluated data from 1,298 men diagnosed since 1995, for primary outcomes including overall survival (OS), cancer-specific survival (CSS) and metastasis-free survival (MFS). At 10- and 15-year follow-up, OS was 93.2 percent and 68.7 percent, CSS was 99.9 percent and 99.9 percent and MFS was 99.4 percent and 99.4 percent, respectively. These data suggest for men with an extended life expectancy of more than 15 years, active surveillance may be the safest management strategy for men with very low risk disease.

Among 808 men identified on active surveillance (557 with very-low-risk disease and 251 with low-risk disease), researchers found similar reclassification rates within the first two years. After this period, however, men in the low-risk group were twice as likely to be diagnosed with progressing disease (Gleason score >6) compared to those in the very-low-risk group. For both, risk of lifetime reclassification beyond two years decreased by 30 percent and 35 percent, respectively, after each non-reclassifying biopsy.

Contemporary Active Surveillance Rates for Newly Diagnosed Prostate Cancer Patients in Community Urology Practices: Across the country, the adoption of active surveillance as a treatment option for men with low-risk prostate cancer is on the rise, according to new research from the University of California, Los Angeles; Bethesda North Hospital, Cincinnati, Ohio; Providence Little Company of Mary Medical Center Torrance, Torrance, California; and Carolina Urologic Research Center, Myrtle Beach, South Carolina. Of the 1,401 men identified in the study as meeting study inclusion criteria (a minimum of six months of documented follow-up from initial diagnosis), the average age was 63.6 years. Additionally, based on data from community-based urology practices in California, Colorado, Indiana, North Carolina, Ohio, Oregon and South Carolina, 17.3 percent had "very low"-, 36.1 percent had "low"- and 42.7 percent had "intermediate risk" prostate cancer. Across all risk groups, the primary therapy choice was active surveillance (70.2 percent of men with very low-, 39.2 percent of low, and 7.7 percent of intermediate risk of progression). Risk level, age and urology practice predicted choice of active surveillance, while race did not.

Patterns of Care for Men with Prostate Cancer Undergoing Active Surveillance as Initial Management: Despite a global increase in active surveillance as a treatment strategy for men with low-risk prostate cancer, there is no consensus on the protocol to use when following men during surveillance, and practice patterns vary widely, according to a retroactive study by researchers at New York University. Reviewing records for 5,192 men from the SEER-Medicare linked dataset, researchers found that although most men receive at least one PSA test per year, rates of imaging and biopsies declined over time, as did the number of patients adhering to active surveillance protocols. Younger men and those diagnosed in more recent years had a higher frequency of surveillance biopsies.