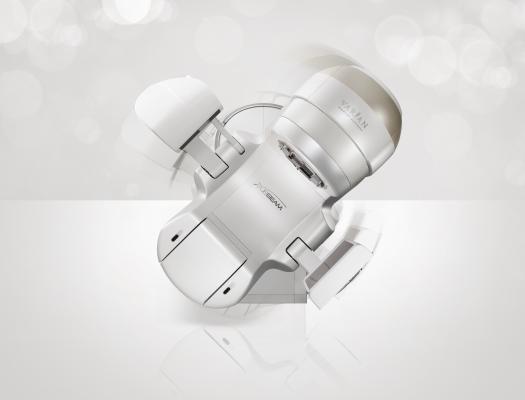 November 1, 2018 — The NRG Oncology clinical trial BR001 tested the hypothesis that stereotactic body radiotherapy (SBRT) could be used safely in oligometastatic patients with multiple metastases. Results from the trial indicate that utilizing SBRT is safe as treatment for patients with 2 metastases in close proximity, or 3-4 metastases regardless of proximity, in the following anatomic locations:

This abstract was presented at the American Society for Radiation Oncology (ASTRO) annual meeting, Oct. 21-24 in San Antonio, Texas, and recognized as a “Best of ASTRO” presentation for 2018.

NRG-BR001 was initially designed and deployed by NRG Oncology’s breast cancer team, then the team invited patients with lung cancer and prostate cancer to participate. The study accrued 36 patients between August 2014 and December 2017, 12 of which had breast cancer, 11 had non-small cell lung cancer and 13 had prostate cancer. All patients in this study were followed for dose-limiting toxicity defined by any grade 3 through 5 adverse events that occurred either definitely or probably from SBRT within 6 months of receiving the treatment. These patients were categorized into seven different anatomic locations: bone/osseous (BO), spinal/paraspinal (SP), peripheral lung (PL), central lung (CL), abdominal/pelvic (AP), mediastinal/cervical (MC) and liver (L).

“While the SBRT dose schedule used in this trial is typical when treating single metastases, the patients that participated in NRG-BR001 had a median of three metastases, and displayed zero protocol-defined dose-limiting toxicities across the evaluable anatomic locations. We attribute this safety to the rigorous quality assurance and advanced imaging used by all participating centers which had to be credentialed before they were allowed to treat any patients that volunteered to participate on this trial,” stated Steven J. Chmura, M.D., Ph.D., associate professor of radiation and cellular oncology at the University of Chicago Medicine and the lead author of the abstract.

Based on the results of this trial, NRG-BR001, the ongoing, randomized NRG Oncology trial NRG-BR002, a breast cancer-specific trial, has been expanded to allow up to 4 metastases. These results may also be able to be incorporated into other trials, such as immunotherapy trials using SBRT to target multiple metastases.