November 20, 2013 — Data from computed tomography (CT) scans can be used with 3-D printers to make accurate copies of fossilized bones, according to research published online in the journal Radiology.
Fossils are often stored in plaster casts, or jackets, to protect them from damage. Getting information about a fossil typically requires the removal of the plaster and all the sediment surrounding it, which can lead to loss of material or even destruction of the fossil itself.
German researchers studied the feasibility of using CT and 3-D printers to nondestructively separate fossilized bone from its surrounding sediment matrix and produce a 3-D print of the fossilized bone itself.
“The most important benefit of this method is that it is non-destructive, and the risk of harming the fossil is minimal,” said Ahi Sema Issever, M.D., department of radiology, Charité Campus Mitte, Berlin and author of the study. “Also, it is not as time-consuming as conventional preparation.”
Issever and colleagues applied the method to an unidentified fossil from the Museum für Naturkunde, a major natural history museum in Berlin. The fossil and others like it were buried under rubble in the basement of the museum after a World War II bombing raid. Since then, museum staff members have had difficulty sorting and identifying some of the plaster jackets.
Researchers performed CT on the unidentified fossil with a 320-slice multi-detector system. The different attenuation through the bone compared with the surrounding matrix enabled clear depiction of a fossilized vertebral body.
After studying the CT scan and comparing it to old excavation drawings, the researchers were able to trace the fossil’s origin to the Halberstadt excavation, a major dig from 1910 to 1927 in a clay pit south of Halberstadt, Germany. In addition, the CT study provided valuable information about the condition and integrity of the fossil, showing multiple fractures and destruction of the front rim of the vertebral body. Furthermore, the CT dataset helped the researchers build an accurate reconstruction of the fossil with selective laser sintering, a technology that uses a high-powered laser to fuse together materials to make a 3-D object.
Issever noted that the findings come at a time when advances in technology and cheaper availability of 3-D printers are making them more common as a tool for research. Digital models of the objects can be transferred rapidly among researchers, and endless numbers of exact copies may be produced and distributed, greatly advancing scientific exchange. The technology also potentially enables a global interchange of unique fossils with museums, schools and other settings.
“The digital dataset and, ultimately, reproductions of the 3-D print may easily be shared, and other research facilities could thus gain valuable informational access to rare fossils, which otherwise would have been restricted,” said Issever. “Just like Gutenberg’s printing press opened the world of books to the public, digital datasets and 3-D prints of fossils may now be distributed more broadly while protecting the original intact fossil.”
Further information on “Reviving the Dinosaur: Virtual Reconstruction and Three-dimensional Printing of a Dinosaur Vertebra” along with information on the collaborators of the study can be found on Radiology’s website.
For more information: www.rsna.org, radiology.rsna.org 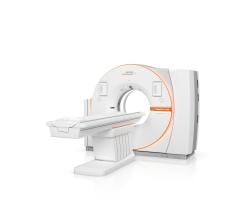