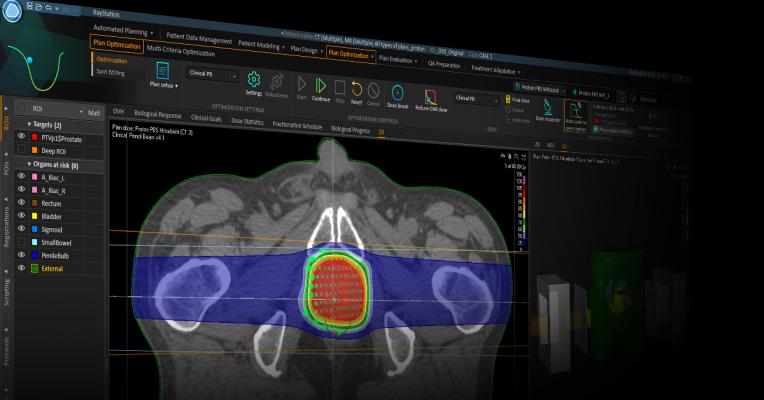 July 2, 2019 — RaySearch announced the release of RayStation 9A, the latest version of its radiation therapy treatment planning system (TPS). RayStation 9A holds several improvements, supports additional machines and treatment techniques, as well as enhancements in the integration with the next-generation oncology information system (OIS) RayCare.

RayStation 9A adds support for treatment machines with dual-layer multi-leaf collimator (MLC) and non-rotating jaws, which are properties of the Varian Halcyon machine. This feature is one more step towards RaySearch’s goal to unify treatment planning for as many treatment delivery machines and systems as possible, eliminating complications and additional steps that arise from using multiple software systems.

Another improvement is the support for directly deliverable multi-criteria optimization for volumetric modulated arc therapy (VMAT) for Varian machines. This enables the same possibility for these machines as Elekta machines have had since the release of RayStation 8B.

New for this release is also the improved machine modelling for photons, allowing diagonal profiles in the beam commissioning module of RayPhysics. Extended possibility to export VSim plans for further use in any TPS is also new.

Improvements for proton therapy planning include caching of spot doses to speed up the optimization process. For carbon ion planning, support for Canon Medical machines have been added. The microdosimetric kinetic model (MKM) for calculation of radiobiological equivalent (RBE) dose is included. This is an important step to support carbon ion treatments in Japan, where most of the current carbon ion facilities are located. Support for connectivity with the interface IONTRIS used for Siemens carbon ion machines has also been added.

RayStation 9A also includes several general improvements, such as support for a 6D (six-dimensional) couch during planning. Enhancements in the integration with RayCare, such as automatic generation of treatment plans based on a patient’s diagnosis, are also included.