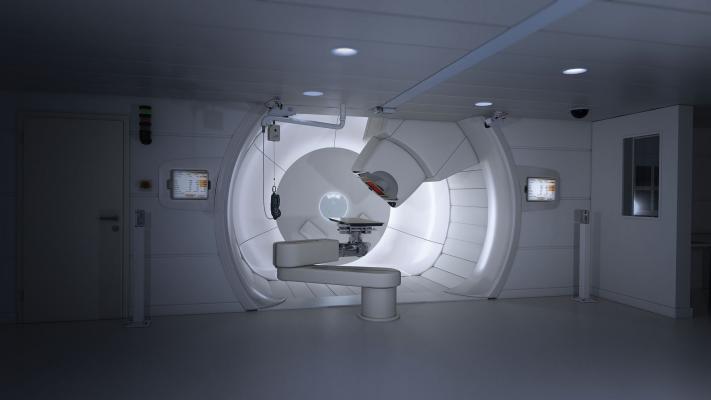 March 24, 2017 — A new study offers hope for patients with recurrent lung cancer, who historically have been considered ineligible for curative treatment. In the largest analysis to date of re-irradiation using intensity-modulated proton therapy (IMPT) for lung and other thoracic tumors, more than three-fourths of patients were free from local recurrence at one year following retreatment, and fewer than one in ten patients experienced severe side effects. The study was presented at the 2017 Multidisciplinary Thoracic Cancers Symposium, March 14-16 in San Diego.

Lung cancer causes more deaths in the United States than any other type of cancer, due in part to its aggressive nature and likelihood of recurrence. Historically, recurrences have been challenging to treat, because many of these patients are not candidates for surgery. Moreover, concerns about cumulative radiation doses to essential organs near thoracic tumors (e.g., heart, lungs, esophagus) may limit the use of curative radiation therapy (RT) for patients who received thoracic RT in the past. Accordingly, patients whose lung cancer recurs are generally offered only palliative options to manage pain and other symptoms.

“Treating patients who have already received a prior course of thoracic radiation is a common clinical scenario, and it is particularly challenging to subsequently provide strong enough radiation doses to eliminate the new tumor without causing significant harm to normal tissues,” said Jennifer Ho, M.D., lead author of the study and a resident in radiation oncology at the University of Texas MD Anderson Cancer Center in Houston. “Our study is the first to show that IMPT can be safe and effective for these patients — and that it offers these patients a chance for lasting cancer control without adding significant toxicity.”

Researchers retrospectively examined the records of 27 patients who received reirradiation for thoracic tumors using the IMPT technique through prospective clinical trials at a single institution between 2011 and 2016. Twenty-two patients (81%) had non-small cell lung cancer (NSCLC). All patients had previously received curative thoracic RT.

The median overall survival (OS) for patients in this study was 18 months following IMPT re-irradiation. At one year following retreatment, the majority of patients were free from local and regional relapse (freedom from local failure = 78 percent; local-regional relapse = 61 percent). Just over half of the patients were free from disease progression (progression-free survival, PFS = 51 percent), and the one-year OS rate was 54 percent. Four of the patients (15 percent) experienced a local recurrence within one year of retreatment.

Patients who were prescribed a higher dose of IMPT re-irradiation were even less likely to experience recurrence or progression. At one-year follow-up, patients who received IMPT re-irradiation doses at or above the population median were twice as likely to be free from local failure (100 percent vs. 49 percent, p = 0.01) and nearly four times as likely to be free from local-regional failure (84 percent vs. 23 percent, p = 0.035). The one-year PFS rate was five times higher for these patients, as well (76 percent vs. 14 percent, p = 0.05). Several disease characteristics, namely higher T stage at diagnosis, squamous histology and higher recurrent tumor volume, were associated with worse OS rates.

“Historically, 20 to 30 percent of patients have experienced moderate or severe side effects, and even fatal side effects, following reirradiation. We knew that IMPT would allow us to generate much more precise radiation treatment plans that spared normal tissue, but we weren’t sure if this would translate into excellent clinical outcomes,” said Joe Y. Chang, M.D., senior author of the study and a professor of radiation oncology at MD Anderson. “Our findings demonstrate that the use of IMPT resulted in better local control and survival, with very minimal toxicity, compared to other radiation types, suggesting that IMPT is the optimal treatment modality for re-treatment of thoracic cancers.”