Underuse of surveillance breast imaging linked to sociodemographic and clinical factors, according to new National Cancer Data Base analysis 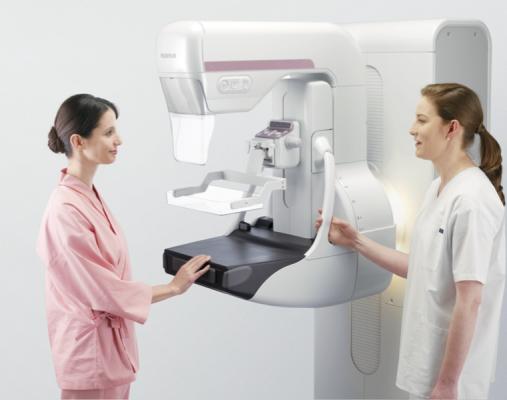 October 20, 2016 — An annual mammogram is recommended after treatment for breast cancer, but nearly one-third of women diagnosed with breast cancer aren't receiving this follow-up exam, according to new findings. The data was presented at the 2016 Annual Clinical Congress of the American College of Surgeons, Oct. 16-20 in Washington, D.C.

While previous studies on Medicare patients suggest that surveillance imaging is underutilized, the use of mammography in a broad range of women diagnosed with breast cancer is unknown, as is the role of surveillance magnetic resonance imaging (MRI).

The researchers assessed imaging, cancer recurrence, new cancer and death from the time of treatment and for five years after diagnosis. Next, they collected additional data on the reason for imaging (diagnostic evaluation of a new sign or symptom or surveillance imaging in the absence of signs and symptoms). Fifty percent of the study population was under age 60.

"Most of what we know about breast imaging comes from small studies or from Medicare data, a population that is 65 years old and older," said Greenberg, who is also the director of the Wisconsin Surgical Outcomes Research Program (WiSOR). "This study is the first to look at a large, multi-institutional population of patients across all age groups."

According to study results, annual receipt of surveillance breast imaging declined 8 percent from the first year (66 percent) to the fourth year (58 percent). Study findings also indicate that among women who received surveillance imaging, only about 10 percent received breast MRIs.

"The most striking finding is that over 30 percent of women don't even get surveillance breast imaging in the first place," Greenberg said. "For some reason, we are not plugging them into follow-up surveillance from the outset. We also see that there are some disparities in the use of mammograms after the treatment of breast cancer."

The study shows that factors associated with not receiving breast imaging include younger age, black race, public or no insurance, worse health, more advanced cancers, receipt of excision alone or mastectomy (versus lumpectomy with radiation), and lack of systemic therapy.

"The critical story here is that if women start off their follow-up care receiving guideline-recommended imaging, they're likely to continue to receive that imaging over time. Women who don't receive imaging in that first follow-up year are not likely to receive recommended surveillance breast imaging longer-term," said study co-author Jessica R. Schumacher, Ph.D., an associate scientist at WiSOR. "The bulk of the disparity seems to occur in that first year of follow up, so it's really important to think about what we might be able to do in that timeframe to make sure women get guideline-recommended breast imaging."

In looking at the use of both MRI and mammography, the researchers found that receipt of mammography was not influenced by where a woman received her care, but MRI was.

"This finding shows that the problem is probably at the patient population level, as opposed to what we often see, which is that there is great variation in utilization of care across hospitals," Greenberg said. "MRI is a discretionary modality and not currently recommended in guidelines for routine surveillance following breast cancer treatment, but helpful and appropriate in certain patients. Therefore, it's much more vulnerable to local practice patterns, whereas mammogram is something we all know is effective and, in general, the likelihood of getting it doesn't matter where you receive your care."

Understanding why cancer survivors aren't receiving surveillance breast imaging and the consequences of this underutilization should be a high priority, the researchers note.

"We need to recognize the fact that, right now we are putting out more and more guidelines to help standardize care and to ensure patients get high-quality care, but the guidelines that are already out there have been available for a long time. So I think it's important for healthcare practitioners to realize that it's not enough to just put information out there. Instead, we have to be more thoughtful about how we implement what we recommend into the actual care process," Greenberg said.