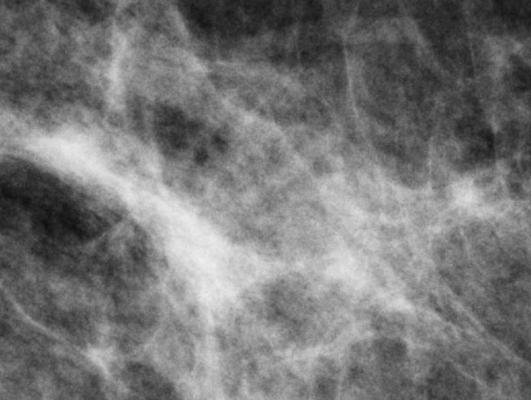 January 12, 2014 — Ohio Governor John Kasich signed Ohio’s breast density inform bill into law (HB 394, Section 3702.40). Ohio becomes the 20th state to enact such a bill, which requires healthcare providers to inform women if they have dense breast tissue, which may negatively impact the ability to clearly diagnose breast cancer. This raises the number of American women living in states with some level of mandatory breast density notification to 60 percent.
The law, which becomes effective in March 2015, requires that a mammography facility send a summary of the mammography report to each patient containing the results of the patient's mammogram, and, if the patient has dense breast tissue, requires the report to include the following statement:
“Your mammogram demonstrates that you have dense breast tissue, which could hide abnormalities. Dense breast tissue, in and of itself, is a relatively common condition. Therefore, this information is not provided to cause undue concern; rather, it is to raise your awareness and promote discussion with your healthcare provider regarding the presence of dense breast tissue in addition to other risk factors.”
Michigan may soon follow suit with its own density inform bill. SB 0879  passed both legislative houses and is headed to Gov. Rick Synder’s desk.
On the federal regulatory level, a Breast Density Reporting amendment to the Mammography Quality Standards Act (MQSA) is scheduled to be issued as a “Notice of Proposed Rulemaking.”  On the federal legislative front, both a House bill (HR 5145) and Senate bill (S 2622) have been introduced.
States with breast density inform laws in order of enactment include Connecticut, Texas, Virginia, New York, California, Hawaii, Maryland, Tennessee, Alabama, Nevada, Oregon, North Carolina, Pennsylvania, New Jersey, Arizona, Minnesota, Rhode Island, Massachusetts, Missouri and Ohio.
For more information: www.itnonline.com/article/breast-density-are-you-informed