Finding location, composition of clots can provide information crucial for diagnosis, prevention of strokes, other conditions 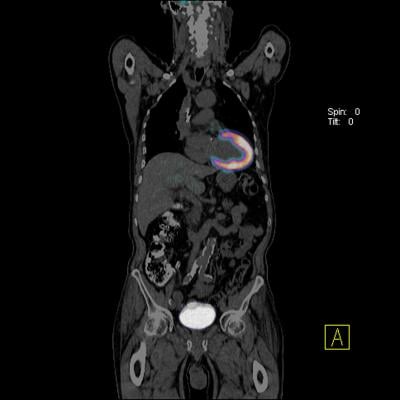 September 16, 2015 — A novel radiopharmaceutical probe developed at Massachusetts General Hospital (MGH) has the potential of providing physicians with information that could save the lives of patients with ischemic stroke or pulmonary embolism. Both conditions are caused when important blood vessels are blocked by a clot that has traveled from another part of the body. In a report that will appear in the October issue of the journal Arteriosclerosis, Thrombosis and Vascular Biology and has been published online, the MGH team describes using this new probe to conduct full-body scans in an animal model. Preliminary results also were reported earlier this year at the national meeting of the American Chemical Society.

"We found that, with a single intravenous injection of our clot-finding probe 64Cu-FBP8, we were able to detect blood clots anywhere in the body using a positron emission tomography (PET) scan," said lead author Francesco Blasi, PharmD, Ph.D., formerly a research fellow at the Martinos Center for Biomedical Imaging at MGH and now at the University of Torino in Italy. "We also found that the probe may be able to distinguish recently formed clots from older ones - which can indicate the likelihood that a particular clot is the source causing a stroke or pulmonary embolism - and reveal the composition of a clot, which can determine whether it will respond to clot-dissolving treatments."

The authors note that, although blood clots are a leading cause of illness and death, current imaging techniques for identifying the presence and location of clots only work for particular areas of the body; none is useful for all of the regions from which a clot can originate. Standard practice for identifying the source of a clot that causes a stroke may involve multiple imaging studies — ultrasound, echocardiography, magnetic resonance (MR) or computed tomography (CT) angiography — that can be both expensive and time-consuming, possibly delaying the use of therapies to prevent a second stroke. Study leader Peter Caravan, Ph.D., of the Martinos Center, and his colleagues have developed several PET imaging agents that target the protein fibrin, which is generated as part of the process of clot formation; and 64Cu-FBP8 appeared to be the most promising.

To test the probe's ability to find clots anywhere in the body, the investigators induced the formation of clots in the carotid arteries and the femoral veins of a group of rats. Whole-body imaging studies combining 64Cu-FBP8 PET and CT scanning were conducted either one, three or seven days after clot formation. The team members reading the images, who had not been informed of the precise locations where clots had been induced, accurately detected the locations 97 percent of the time. The intensity of the signal generated by 64Cu-FBP8 decreased with the age of the clot and with the amount of fibrin it contained, as confirmed by pathologic analysis. Caravan noted that, because older clots are more stable, they are less likely to be the source of a stroke. Since clot-dissolving drugs act by targeting fibrin, younger fibrin-rich clots are better candidates for treatment with those agents, the use of which needs to be balanced against the risk of bleeding.

"A clot causing a stroke can arise in the arteries of the neck, from the aorta in the chest, from within the heart or from veins deep within the legs; and knowing if any clot remains at those locations is important because it indicates a higher risk of a second stroke. The patient may be treated differently if that parent clot is still present than if no clot remains," said Caravan, who is an associate professor of radiology at Harvard Medical School and co-director of the Institute for Innovation in Imaging at MGH. "A whole-body technique could also determine whether a patient's shortness of breath is caused by a pulmonary embolism and identify both the source and the extent of the parent clot in the deep veins."

Caravan and his colleagues will soon be testing 64Cu-FBP8 in human volunteers to better understand how the probe is distributed through the body and how long it remains after injection. Patent rights for the fibrin-binding peptide used in 64Cu-FBP8 have been licensed to Factor 1A, a company co-founded by Caravan. 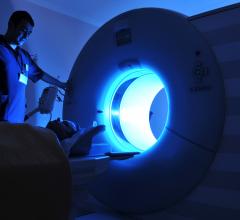 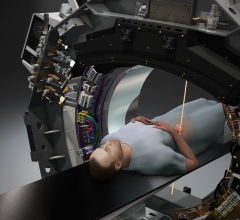