New Members Nominated to the RSNA Board of Directors 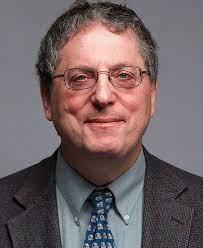 November 28, 2022 — Adam E. Flanders, M.D., FSIIM, a prolific mentor, author and pioneer for digital learning, was elected to the Radiological Society of North America (RSNA) Board of Directors today at the Society’s annual meeting.

“It is an amazing honor and privilege to be nominated to serve on the RSNA Board of Directors,” Flanders said. “RSNA has been my second academic home for many years, and I have had the opportunity to meet and collaborate with an exceptional group of volunteers and staff in the informatics community for several decades now. My hope is to continue to develop and grow existing informatics initiatives and facilitate many of the new and exciting developments that are on the horizon.”

Flanders is professor of radiology and rehabilitation medicine and vice chairman of imaging informatics at Thomas Jefferson University in Philadelphia. He earned his medical degree in 1983 from Rush Medical College in Chicago and completed a residency in diagnostic radiology at the University of Illinois Medical Center, where he served as chief resident in 1986. After completing a fellowship in neuroradiology at Jefferson in 1989, he joined the Jefferson faculty. In 2022, he was named the William E. Conrady, M.D., Professor of Radiology Informatics.

Previously the informatics associate editor for RadioGraphics, Flanders currently serves on the RSNA News Editorial Board. From 2011 to 2017, Dr. Flanders served as chair of the RSNA Radiology Informatics Committee (RIC), actively encouraging radiologists to become involved in the electronic health record (EHR) selection process at their hospitals and advocating for engagement in meaningful use initiatives and championing the development of robust electronic teaching files. He also chaired the Neuroradiology RadLex and Reporting and Medical Imaging Resource Center (MIRC) subcommittees. He is a past chair of the RSNA Digital Roadmap subcommittee which led to development of RSNA Case Collection. He currently serves RSNA as an informatics advisor to the RIC and is a member of the Machine Learning, Data Science and Common Data Elements (CDE) subcommittees. Flanders served on the program committee for the Society of Imaging Informatics in Medicine (SIIM) and was awarded the SIIM fellowship for contributions to imaging informatics research and education.

Flanders co-authored the “Digital Roadmap” for the National Institutes of Health/RSNA/American College of Radiology (ACR)/The Academy Workshop on Artificial Intelligence in Medical Imaging, identifying and prioritizing needs for academic research laboratories, professional societies and industry. He has also helped to facilitate several neuroimaging-based AI Challenges with RSNA in collaboration with the American Society of Neuroradiology (ASNR) in 2019, 2021 and 2022.

A past president of the American Society of Spine Radiology, he has also served in multiple roles for the ASNR, including as chair of its Rules Committee and as deputy editor for NeuroGraphics. He now chairs the ASNR CDE workgroup in collaboration with the ACR and RSNA.

Flanders’ research interests have focused primarily on application of MRI in the evaluation of human spinal cord injury, and he has been funded by RSNA, the Nielson Foundation and the Department of Defense to evaluate the capabilities of MR in forecasting neurologic recovery in SCI. He has been a funded subject matter expert for the National Cancer Institutes Cancer Bioinformatics Grid and more recently is a principal investigator for the National Institute of Biomedical Imaging and Bioengineering Medical Imaging and Data Resource Center, which is focused on assembling large, diverse imaging datasets for AI research.

Flanders was honored with the 2021 RSNA Outstanding Educator Award in recognition of his many contributions through publications and technology to enhance radiology education.

In addition, Pari V. Pandharipande, M.D., M.P.H., has been elected as an at-large director on the Radiological Society of North America (RSNA) Board of Directors today at the Society’s annual meeting. 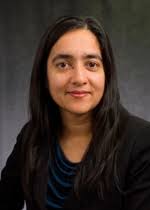 “I am deeply honored to be considered for a role on the RSNA Board of Directors,” Pandharipande said. “Everything that RSNA does—in supporting our clinical practices today, and in investing in the education, research, and innovation that will shape our field tomorrow—is grounded in the same, patient-first mission that motivated me to pursue a career in medicine and radiology years ago. I am so excited to be part of it and to have the opportunity to contribute in this way.”

Pandharipande is professor and chair of radiology at The Ohio State University (OSU) and chief of radiology services for OSU Wexner Medical Center in Columbus, Ohio. She was previously at Massachusetts General Hospital (MGH) in Boston for 17 years as an abdominal radiologist and physician-scientist.

After earning her medical degree at Weill Medical College of Cornell University in New York, Pandharipande completed an internship at the New York Presbyterian Hospital-Cornell. She completed her diagnostic radiology residency at New York University Medical Center. She concurrently completed a cancer outcomes research fellowship and an abdominal imaging clinical fellowship at MGH, where she also earned a master’s degree in public health from the Harvard T.H. Chan School of Public Health in Boston.

An experienced leader, Pandharipande served as associate chair of integrated imaging & imaging sciences at MGH, leading an enterprise-wide project at Mass General Brigham involving the clinical integration of the enterprise’s imaging services. At MGH, she also served as the director of the MGH Institute for Technology Assessment, a multidisciplinary health outcomes research institute. Dr. Pandharipande also led an National Institutes of Health (NIH) (R01)-funded research program centered in imaging and cancer outcomes, which continues at OSU.

Pandharipande served as chair of the American Cancer Society’s Healthcare Outcomes, Policy and Systems (HOPS) grant review committee and is a new member of the NIH’s Organization and Delivery of Health Services (ODHS) study section. She serves on the advisory board of the American College of Radiology’s (ACR) Harvey L. Neiman Health Policy Institute and is a past president of the Radiology Alliance for Health Services Research within the Association of University Radiologists. She has served on numerous ACR committees, including serving seven years as chair of the Incidental Findings Committee. She has closely mentored more than 20 individuals, including learners and faculty members who have pursued careers in both academic medicine and private practice.

Pandharipande is the newly selected chair of the RSNA Government Relations committee, where she will work to build relations with RSNA and federal agencies with a goal of accelerating imaging innovation and imaging care delivery in the U.S. She also serves on the RSNA Research Development Committee and the Radiology Editorial Board as an associate editor for health policy and practice.

Her work has earned numerous awards in recognition of her research and leadership, including the RSNA Roentgen Resident/Fellow Research Award, the Lucy Frank Squire Distinguished Resident Award from the American Association of Women in Radiology and the RSNA Honored Educator Award. She was elected to the Academy for Radiology and Biomedical Imaging Research Council of Distinguished Investigators and selected for participation in the Hedwig van Ameringen Executive Leadership in Academic Medicine (ELAM) program at Drexel University.

Pandharipande will serve on the RSNA Board of Directors for a term of three years.