MRI Can Cut Overdiagnoses in Prostate-cancer Screening by Half 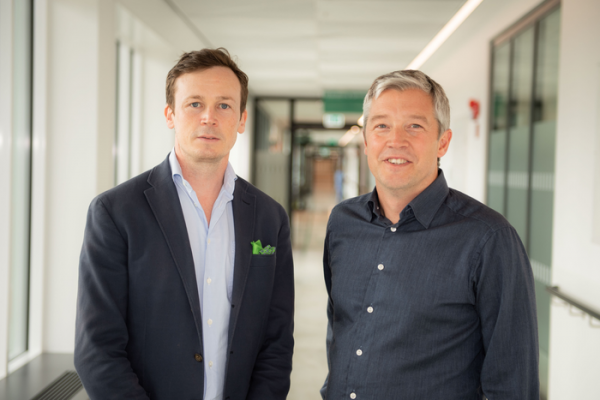 August 13, 2021 — Researchers at Karolinska Institutet in Sweden recently reported that magnetic resonance imaging (MRI) could reduce overdiagnoses and thereby improve prostate cancer screening. Now, the same research group has published a study in The Lancet Oncology, which shows that the addition of a novel blood test, the Stockholm3 test, can reduce the number of MRIs performed by a third while further preventing the detection of minor, low-risk tumors.

“Overall, our studies show that we have identified the tools needed to be able to carry out effective and safe screening for prostate cancer. After many years of debate and research, it feels fantastic to be able to present knowledge that can improve healthcare for men,” said Tobias Nordström, associate professor of urology at the Department of Clinical Sciences, Danderyd Hospital at Karolinska Institutet, who is responsible for the STHLM3MRI study.

Current screening methods – PSA (prostate-specific antigen) tests combined with traditional biopsies – result in unnecessary biopsies and the detection of numerous minor, low-risk tumours (overdiagnosis). Consequently, no country except Lithuania has chosen to introduce a nationwide prostate cancer screening programme, as the benefits do not outweigh the disadvantages.

On July 9 2021, results from the STHLM3MRI study were presented in The New England Journal of Medicine, indicating that overdiagnosis could be reduced by substituting traditional prostate biopsies with magnetic resonance imaging (MRI) and targeted biopsies. The new results, now published in The Lancet Oncology, show that the addition of the Stockholm3 test, which was developed by researchers at Karolinska Institutet, can be an important complement. It is a blood test that uses an algorithm to analyse a combination of protein markers, genetic markers and clinical data.

“The availability of MRI in healthcare will be a limiting factor. We now show that a novel blood test as adjunct to MRI can reduce the number of MRIs performed by a third. Compared with traditional screening, overdiagnosis is reduced by as much as 69 percent. At the same time, the number of biopsies is halved, while we can find just as many clinically significant tumours”, said Martin Eklund, associate professor at the Department of Medical Epidemiology and Biostatistics, Karolinska Institutet, with joint responsibility for the STHLM3MRI study.

STHLM3MRI is a randomized study that was conducted between 2018 and 2021 with 12,750 male participants from Stockholm County. The participants provided an initial blood sample for PSA analysis and analysis using the new Stockholm3 test. Men with test results showing elevated PSA levels were then randomly selected for traditional biopsies or MRI. In the MRI group, biopsies were conducted strictly on suspected tumours identified by MRI.

“Separate use of the Stockholm3 test and MRI has previously been shown to be cost-effective. We have now analysed the cost-effectiveness when these tools are combined and will shortly report exciting results from that analysis,” Nordström concluded.

Henrik Grönberg, Martin Eklund and Tobias Nordström are partners of the company A3P Biomedical AB, which holds the development rights of the Stockholm3 test.