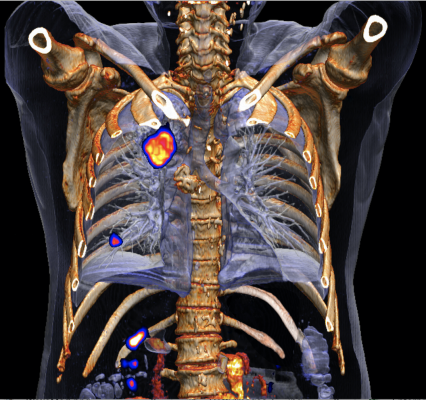 September 30, 2020 — Newly released study results present a strong case for lung cancer screening in New Zealand — particularly for Māori whose mortality rates are between three and four times higher than other ethnic groups.

Around 450 Māori are diagnosed with lung cancer each year and approximately 300 die from it.

Waitematā and Auckland DHBs have collaborated with University of Otago researchers on a study to assess whether low dose computerized tomography (LDCT) might be a cost-effective way to catch the disease in its early stages and improve health outcomes for Māori and, ultimately, other ethnic groups.

LDCT is a computerised x-ray that produces very clear three dimensional images by using only a small amount of radiation.

The study, led by Associate Professor Sue Crengle (Kāi Tahu, Kāti Mamoe, Waitaha) from the University of Otago and just published online by medical journal BMJ Open, used scientific modelling to estimate the benefits and costs of LDCT screening in a high-risk population.

Multiple factors need to be considered before any kind of screening programme goes ahead but an answer to the question of cost-effectiveness is a significant step forward.

"Having clarity about the cost-effectiveness of lung cancer screening provides further impetus to get this work started," Crengle said. "If this works for Māori, then it will work for everyone else as well."

Screening trials have been completed overseas where they have resulted in a 20-26 per cent reduction in lung cancer deaths.

The DHBs and University of Otago are now planning to trial an invitation process with up to 50 general practices across the Auckland and Waitematā catchments. The trial will be aimed at Māori patients and the results will help shape any future screening roll-out across New Zealand.

"Around 75 per cent of early-stage lung cancer may be curable." Bartholomew said. "If lung cancer is caught early enough, the impact of screening could go a long way towards helping us save lives and eliminate the unacceptable inequities we currently see in mortality between Māori and non-Māori."