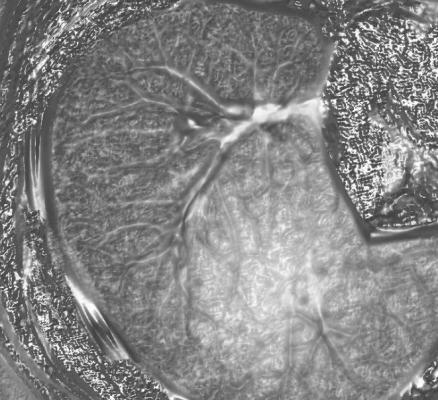 May 22, 2012 — Peter B. Bach, M.D., of the Memorial Sloan-Kettering Cancer Center, New York, and colleagues conducted a systematic review to examine the evidence regarding the benefits and harms of low-dose computerized tomography (LDCT) screening for lung cancer, which is the leading cause of cancer death. "Most patients are diagnosed with advanced disease, resulting in a very low 5-year survival rate," the authors write. "Renewed enthusiasm for lung screening arose with the advent of LDCT imaging, which is able to identify smaller nodules than can chest radiographs."

For the review, the researchers identified 8 randomized controlled trials and 13 cohort studies of LDCT screening that met criteria for inclusion. Three randomized studies provided evidence on the effect of LDCT screening on lung cancer mortality, of which the National Lung Screening Trial was the most informative, demonstrating that among 53,454 participants enrolled, screening resulted in significantly fewer lung cancer deaths (20 percent lower relative risk). The other 2 smaller studies showed no such benefit. "In terms of potential harms of LDCT screening, across all trials and cohorts, approximately 20 percent of individuals in each round of screening had positive results requiring some degree of follow-up, while approximately 1 percent had lung cancer. There was marked heterogeneity in this finding and in the frequency of follow-up investigations, biopsies, and percentage of surgical procedures performed in patients with benign lesions." The authors write that "Low-dose computed tomography screening may benefit individuals at an increased risk for lung cancer, but uncertainty exists about the potential harms of screening and the generalizability of results."

This report, a multisociety collaborative initiative, forms the basis of the American College of Chest Physicians and the American Society of Clinical Oncology clinical practice guideline, which, in summary is:

Recommendation 1: For smokers and former smokers ages 55 to 74 years who have smoked for 30 pack-years (number of packs of cigarettes smoked per day by the number of years the person has smoked) or more and either continue to smoke or have quit within the past 15 years, it is suggested that annual screening with LDCT should be offered over both annual screening with chest radiograph or no screening, but only in settings that can deliver the comprehensive care provided to National Lung Screening Trial participants. (Grade of evidence 2B, indicating a "weak recommendation based on moderate quality research data")

Recommendation 2: For individuals who have accumulated fewer than 30 pack-years of smoking or are either younger than 55 years or older than 74 years, or individuals who quit smoking more than 15 years ago, and for individuals with severe comorbidities that would preclude potentially curative treatment, limit life expectancy, or both, it is suggested that CT screening should not be performed. (Grade of evidence 2C, indicating a "weak recommendation based on low quality research data")