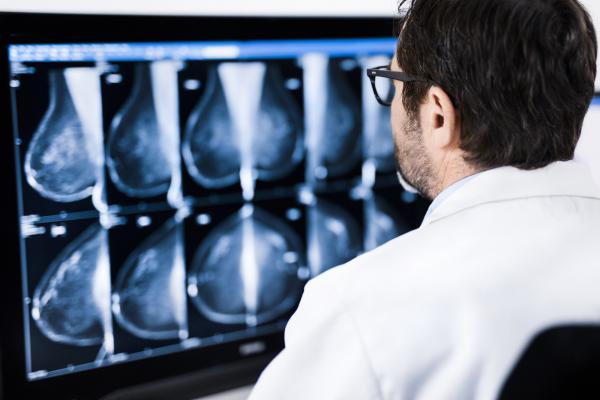 In a 10-year study of women who received radiation therapy to treat early-stage breast cancer, those receiving fewer, larger individual doses experienced similarly low rates of late-onset side effects as those undergoing conventional radiation therapy. Findings from the multi-institutional U.K. FAST clinical trial was at the 60th Annual Meeting of the American Society for Radiation Oncology (ASTRO).

“This study says it’s possible to find a regimen that would allow early-stage breast cancer patients to be treated only once a week over five weeks rather than daily over the same time period,” said Murray Brunt, M.D., a professor of clinical oncology at University Hospitals of North Midlands and Keele University in the U.K., and lead author of this study. “Findings should help doctors discuss risks and benefits with their patients for various courses of radiation therapy and inform shared decision-making between physicians and patients.”

The study is a long-term report of the FAST (FASTer Radiotherapy for breast cancer patients) trial, which was designed to assess changes in healthy breast tissue following conventional radiation treatment compared with two shorter regimens that delivered higher doses of radiation in fewer sessions. The trial, led by The Institute of Cancer Research, London, enrolled 915 women with early-stage invasive breast cancer at 18 centers across the U.K. from 2004 to 2007.

Initial trial results of the FAST trial, published in Radiotherapy and Oncology in 2011, indicated that once-weekly, hypofractionated therapy led to similarly low normal tissue effects as conventional therapy at two years following treatment. The current study confirms that these similarities persist for an additional eight years.

“These results support treatment options that are more convenient for patients, resulting in fewer hospital visits and less expensive health services, without increasing the risk of long-term side effects,” added Joanne Haviland at The Institute of Cancer Research, London, and the study’s senior statistician.

Following these results, the research team is now investigating radiation therapy with five fractions delivered over five consecutive days. “As a next step, we want to investigate shortening the radiation therapy schedule to one week,” explained Brunt. “A schedule like this would have significant clinical and practical implications, such as allowing radiation therapy to be integrated more closely with surgery and other therapies.”

Despite FAST and similar trials supporting the use of accelerated radiation treatment for breast cancer, large numbers of eligible patients in the U.S. are not receiving, and likely not being offered, shorter courses of radiation therapy. A 2013 JAMA study found an adoption rate of approximately 30 percent in the U.S., and a 2017 analysis for Kaiser Health News indicated that fewer than half of patients over age 50 with early-stage disease receive the accelerated treatment. The current ASTRO clinical guideline for whole breast radiation therapy, which was issued earlier this year, recommends hypofractionated therapy for breast cancer patients regardless of age, tumor stage and whether they have received chemotherapy.