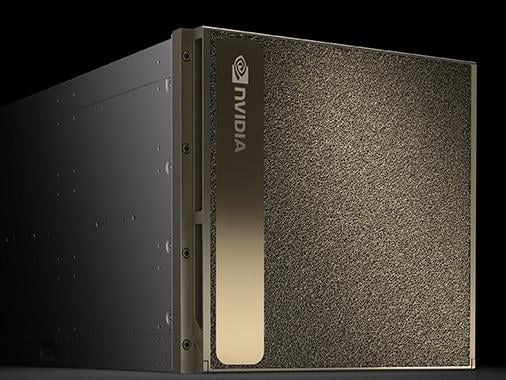 King's College London will implement NVIDIA DGX-2 systems for AI research in the first phase of the project.

May 13, 2019 — NVIDIA and King’s College London announced they are partnering to build an artificial intelligence (AI) platform that will in the near future allow specialists in the U.K.’s National Health Service (NHS) to train computers to automate the most time-consuming part of radiology interpretation.

The collaboration is part of King’s London Medical Imaging & AI Centre for Value-Based Healthcare, an ongoing project intended to transform 12 clinical pathways in oncology, cardiology and neurology, as well as improve diagnoses and patient care in the NHS.The work could lead to breakthroughs in classifying stroke and neurological impairments, determining the underlying causes of cancers and recommending the best treatments for patients.

King’s is implementing NVIDIA DGX-2 systems, which are 2-petaflops GPU-powered supercomputers for AI research, as part of the first phase of the project. It will also use the NVIDIA Clara AI toolkit with its own imaging technologies, for example NiftyNet, as well as those from partners such as Kheiron Medical, Mirada and Scan.

Researchers and engineers from NVIDIA and King’s will also join clinicians from major London hospitals onsite at King’s College Hospital, Guy’s and St Thomas’, and South London and Maudsley. This combination of research, technology and clinicians will accelerate the discovery of data strategies, resolve targeted AI problems and speed up deployment in clinics.

For the first time in the NHS, federated learning will be applied to algorithm development, ensuring the privacy of patient data. Federated learning allows AI algorithms to be developed at multiple sites, using data from each individual hospital, without the need for data to travel outside of its own domain.

This approach is crucial for the development of AI in clinical environments, where the security and governance of data is of the highest importance. AI models will be developed in different NHS trusts across the U.K., built on data from different patient demographics and clinical attributes.

With models developed at individual NHS trusts, the data will give more accurate and representative insight into patients from that particular area. The NHS will also be able to combine these trust-specific models to build a larger, demographically richer overall model.

By bringing together a critical mass of industry and university partners, the London Medical Imaging & AI Centre for Value-Based Healthcare will allow the NHS to share and analyze data on a scale that has not previously been possible, according to Prof. Sebastien Ourselin, head of the School of Biomedical Engineering & Imaging Sciences at King’s College London.

“This center marks a significant chapter in the future of AI-enabled NHS hospitals, and the infrastructure is an essential part of building new AI tools which will benefit patients and the healthcare system as a whole,” said POurselin. “The NVIDIA DGX-2 AI system’s large memory and massive computing power make it possible for us to tackle training of large, 3-D datasets in minutes instead of days while keeping the data secure on the premises of the hospital.”

The collaboration between NVIDIA and King’s College London is part of the UKRI program for Radiology and Pathology, an innovation fund that has supported the growing community looking to integrate AI workflows into the NHS. 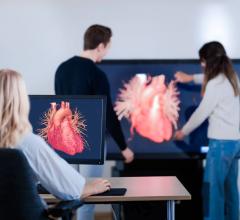 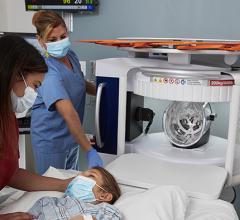