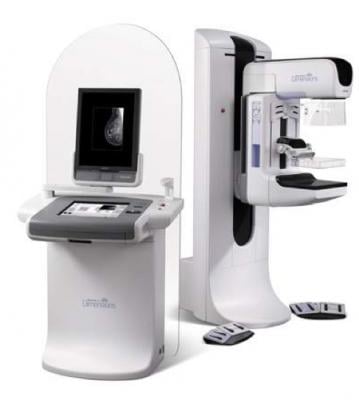 June 15, 2016 — Hologic announced that the company received top marks from U.S. mammography providers in a new independent report from KLAS Research, with 96 percent of customers reporting that Hologic systems are worth the investment.

In the KLAS report, Tomosynthesis 2016, doctors, directors of radiology and C-suite executives scored Hologic highest in overall product satisfaction and confidence that the company will continue to lead the development of the tomosynthesis market. The in-depth survey, which was not commissioned by Hologic, surveyed decision makers at 48 organizations with breast tomosynthesis systems installed.

"Hologic seems to be the only company that really understands the tomosynthesis market," a director of radiology told KLAS. "It was clear from our implementation and our usage of their system that they are a full generation ahead of other vendors. Everybody else is playing catch-up." Hologic has scored highest in the mammography market in all five KLAS Tomosynthesis reports.

Provider respondents noted Hologic's high image quality, strong customer service and implementation guidance as key reasons for new system purchases. Additionally, more than 91 percent of respondents reported a sense of confidence that Hologic's pace of development will continue to allow for leadership in tomosynthesis product innovation — a significantly higher score than that of other manufacturers.

The Genius 3-D Mammography exam is U.S. Food and Drug Administration (FDA)-approved and only available on the Hologic Selenia Dimensions system. According to Hologic, the Genius exam is the only mammogram proven to reduce unnecessary callbacks by up to 40 percent, and detect 41 percent more invasive cancers than conventional mammography alone.