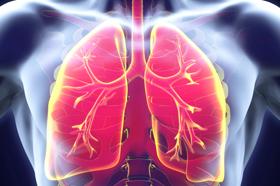 October 26, 2020 — A new study, conducted across 13 medical centers in Australia and New Zealand, strengthens the case for radiation therapy as a treatment for cancer that has begun to spread throughout the body. In the randomized phase II trial, patients with up to three lung metastases who were treated with stereotactic ablative radiotherapy (SABR, also known as stereotactic body radiation therapy, or SBRT) fared equally well whether their radiation was delivered in one or four treatment sessions. Findings of the SAFRON II trial (NCT01965223) will be presented today at the American Society for Radiation Oncology (ASTRO) Annual Meeting.

“I think the future of radiation oncology could be these ultra-short treatments,” said lead investigator Shankar Siva, Ph.D., an associate professor of radiation oncology and head of the SBRT program at the Peter MacCallum Cancer Centre in Melbourne, Australia. “Our results indicate that SBRT can be a safe and effective treatment for patients whose cancer has spread to their lungs, even when it’s delivered in a single session.”

Up to half of all cancers that start elsewhere in the body spread to the lungs, the second most common site for metastases to occur. These types of tumors are typically treated with drug therapy, but typically the tumors become resistant and come back. In recent years, research has shown that SBRT can help these patients to live longer without their cancer returning.

"For patients with a limited number of metastases, recent studies have shown that there can be long-term survivors with the use of SBRT," said Siva. "These studies tend to be smaller institutional series with a wide variety of SBRT regimens, so we designed our trial to test the safety and effectiveness of SBRT in a more robust fashion."

In this phase II TROG Cancer Research trial, Siva and his team randomized 90 patients into two treatment arms: half received a single fraction of 28Gy and the other half received a biologically-equivalent regimen of four fractions of 12Gy each. Each patient had up to three lung metastases from primary tumors in other sites, most commonly colorectal cancer (47%).

A total of 37 patients in each treatment group were eligible for safety analyses at one year after treatment. In the cohort who received a single treatment, two patients had grade three side effects, including fatigue, loss of breath and chest pain; no patients experienced grade four or five side effects (i.e., hospitalization or death). In the cohort who received four SBRT treatments, one patient died after experiencing pneumonitis within three months of treatment; there were no grade three or four events. Siva explained that the events on the single-fraction arm lasted less than three months and that his team found undiagnosed interstitial lung disease in the patient who died on the four-fraction arm.

If proven safe and effective over the long-term, single-fraction SBRT can be an appealing treatment for patients with oligometastatic cancer to the lungs, said Siva. In addition to clinical benefits, SBRT has practical benefits for patients, such as fewer trips to a clinic, less time off work and lower treatment costs. “The alternative treatments for oligometastatic cancer are ongoing drug therapies with little expectation for long-term control or surgery, which can have difficult side effects. Radiation is non-invasive, and treatment can be delivered in a relatively short time,” said Siva.

The COVID-19 pandemic has encouraged greater consideration of shorter-course therapies, as medical institutions look for ways to reduce potential exposure, especially among vulnerable patients with cancer. "In a pandemic, the idea of a single, non-invasive outpatient treatment that doesn't require anesthesia is appealing in the sense of reducing patient time and transmission risk in the clinic," he said.

SBRT is typically spread out over up to five treatment sessions. "When we compress a multi-treatment course into a single treatment, there is a potential risk of higher toxicity. Based on our own anecdotal experience, we are quite comfortable using the single treatment approach, but globally, it's used less often," explained Siva. "There also are concerns that a single treatment might not have the same kind of effectiveness as multiple treatments. Thankfully, in this study, at least a year out we are seeing similar efficacy, where 93-95% of the tumors were controlled in both arms. Our final analysis will show if this holds for the long-term, but these early results indicate that single fraction radiation could be carried out equally effectively across multiple institutions.”

That the study was conducted across 13 institutions speaks to the general applicability of its findings and the SBRT approach, said Siva. He also stressed the importance of incorporating quality assurance into its rollout, however. "The safe delivery of SBRT, particularly in a single session, requires a multi-faceted system of quality assurance, peer review and treatment planning. You need to be absolutely certain of the accuracy of your treatment delivery, and I think it's very important that treatment teams achieve the same high levels of quality control, to make sure we are achieving the best in cancer care."