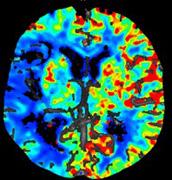 November 10, 2010 – The U.S. Food and Drug Administration (FDA) has concluded that radiation over-exposure during computed tomography (CT) scans was due to user error, not the scanner manufacturers. The finding comes after the FDA investigated more than 300 reports of over-exposure during brain perfusion scans.

The scanners involved were manufactured by GE Healthcare and Toshiba America Medical Systems. Inspectors found there were no violations of FDA laws and regulations. The FDA evaluated the specifications for multislice CT scanners and found when they were used properly, they did not result in overexposure. The FDA also reviewed literature that supports that the manufacturer-defined protocols do provide reasonable and appropriate image quality and dose. Investigators said there is no evidence the manufacturers were involved in modifying any of the hospitals’ scanning protocols to cause the overexposures.

However, the investigation did reveal improvements the industry could make to improve the safety of their equipment and reduce the likelihood of overexposures.

In 2009, the FDA began investigating complaints about radiation overexposure of 206 patients at the Cedars-Sinai Medical Center. As of Oct. 26, 2010, the agency is aware of approximately 385 patients from six hospitals who were exposed to excess radiation during CT brain perfusion scans.

The FDA said a typical radiation dose of 0.5 Gy is expected for a CT brain perfusion scan.

The American Association of Physicists in Medicine (AAPM) is working with CT manufacturers to specify exam protocols. This includes specialty exams such as brain perfusion studies, which may require relatively higher doses.

The FDA encouraged CT facilities to review their protocols and make sure that the values displayed on the control panel corresponded to the doses normally associated with the protocol.

Additionally, the FDA said that CT operators should be specifically trained on dose-saving features such as automatic exposure control (AEC) before using them. If the user activates AEC without reviewing and adjusting the associated parameters, the default values could lead to an overexposure.