Delphinus Raises Over $39 Million in Capital 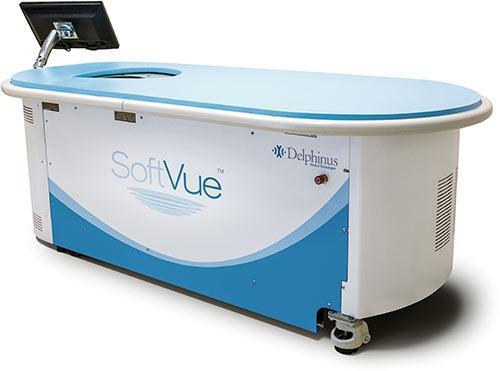 September 11, 2015 — Delphinus Medical Technologies Inc. announced that it has secured a venture round of $39.5 million, the single largest amount ever raised for a healthcare imaging company in the Midwest. It is also the largest amount for a medical device company in Michigan.

Led by Venture Investors, the Series C round included new investment from Hopen Life Science Ventures and Waycross Ventures, along with current investors Arboretum Ventures, Beringea and North Coast Technology Investors. The oversubscribed financing round will be used to underwrite regulatory efforts and fuel the commercialization plans for SoftVue, Delphinus’ whole breast ultrasound system that allows physicians to image the entire breast, including the chest wall, for diagnostic imaging purposes.

“Delphinus has the potential to have a profound impact on the effectiveness of breast cancer screening for a significant population of women who have dense breasts,” said John Neis, managing director at Venture Investors. “Data from their innovative approach demonstrate the potential to detect cancers in women with dense breast tissue that are missed by mammography, without the unacceptable false positive rate that has plagued prior attempts using screening ultrasound. They have assembled a world-class team, and we are proud to help pull together this strong investor syndicate, giving them the resources to complete the necessary clinical studies and bring this life-saving tool to the market.”

Currently, 24 states have enacted legislation requiring that women who have dense breast tissue receive notification of it in their mammography report. The legislation covers nearly two-thirds of the women in the United States. Dense fibroglandular breast tissue increases a woman’s chance of having breast cancer, yet presents a greater challenge in detecting it with mammography alone. Supplemental breast imaging, such as breast ultrasound, may benefit women with dense breast tissue.

As an ultrasound technology, SoftVue offers the potential to not only assist physicians in finding more cancers, but also to reduce the false positive rates that have troubled other breast imaging techniques. SoftVue’s design incorporates a circular ultrasound transducer, unique to medical imaging, presenting cross-sectional ultrasound slices through the entire volume of breast tissue. The multi-dimensional imaging captures not only reflected echoes in a 360-degree array, but also signals passing through the breast, depicting tissue characterization.

Delphinus is planning to launch a large multi-site clinical study to support a premarket approval (PMA) application for a supplemental screening indication for women with dense breasts. Later this year, the company will begin by prospectively imaging 10,000 women with SoftVue in eight centers around the country. Using the imaging, a reader study will then be conducted. The study will compare SoftVue to digital mammography, and demonstrate its effectiveness in finding cancers that are not seen with mammography, while reducing false positives, thereby reducing the need for follow-up testing.

False positives have gained recent attention in other breast imaging technologies and have been implicated in driving up healthcare costs, as well as patient anxiety. 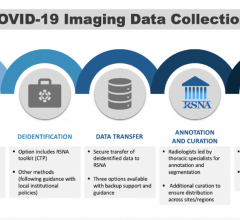 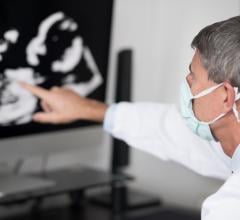